Growing Neurons in a Petri Dish

WHEN NATE AND HIS BROTHERS were placed into my care, I gave them instructions on how to live in their new home and kept them in a plastic container for a week. Eventually, I moved Nate's little family to a better home — a carefully cleaned and treated glass environment that I had custom-prepared for them. I waited eagerly for them to anchor down and settle in. After all, this was going to be their home for the next few weeks.

Caring for Nate and his brothers became part of my daily routine — I'd feed them fresh food regularly and make sure they had all they needed for their survival. But I couldn't let any of them out of their new home for an entire month. When I did, I was thrilled to see Nate's new home and diet had effectively transformed his entire nature and disposition. My Nate, once a fibroblast skin cell, had become a brain cell. You see, after weeks of meticulously tending to my little family of skin cells, I had successfully created neurons. Welcome to my crazy life, where I get to witness and participate in the beauty of creation every day — all within the confines of a small petri dish.

After weeks of meticulously tending to my little family of skin cells, I had successfully created neurons.

How to make a neuron

It's one of the perks of being a developmental biology graduate student researcher. Developmental biology is the study of how organisms change and grow from single cells into the complex forms that we see every day. My lab specifically studies the human brain, investigating the different factors that contribute to its development and makeup.

Back in 2009, my professor discovered that a molecular switch turns on right as neurons are born from their progenitors. Later, in 2011, he tried activating that same molecular switch in skin cells, eventually showing that this process is able to turn skin cells into neurons. This is a crazy and wild phenomenon, because most adult cells never change their identities from one defined lineage to another identity from a different lineage. Yet through the process my lab uses, we can drive this change with care and increasing precision. I now spend most of my time in the lab, growing fibroblasts — specialized cells that lay down a web of proteins for other cells to latch onto. And like what I did with Nate, I turn some of these cells into neurons to glean more information about how we are made.

Some think that science and faith are mutually exclusive, that the two are at odds with each other. As a Christian scientist, I refute that statement — I have seen and experienced firsthand how science and faith are hardly separate; both entities are of God, and intertwine closely, even serving to enhance and strengthen one another. The intricate nature of a neuron's development has reminded me that God made us with thoughtful care, knitting us in our mother's womb. Creating neurons in a petri dish has opened my eyes to the finer points of what God has made and points me toward a deeper understanding and fuller worship for the Ultimate Creator.

I have seen and experienced firsthand how science and faith are hardly separate; both entities are of God, and intertwine closely, even serving to enhance and strengthen one another.

Really, the life of the cells and neurons living in a petri dish is not too different from our human life here on earth.

As a scientist that grows and nurtures cells, I have become starkly aware of how dependent the cells are on me. Neurons need to be fed with a specific soup — "media", as we call it in the lab — when being grown outside the body; yes, they eat from the very environment that they're bathed in. This media must be specifically formulated to keep the cells viable and healthy; it is potentially lethal to become negligent while feeding the cells. I have to be aware of regularly changing the media to fit the cells' needs, making sure that the ingredients in the media are fresh and the temperature is correct. The cells only survive because of the regular rhythm of receiving custom sustenance.

It's undeniable that the human body, mind, and soul are complex, but as our Creator, God knows the depth of our intricacies and nuances. We all inevitably grow ill and deteriorate — both physically and spiritually — when we do not regularly receive the right care and sustenance. Through the act of consistently feeding the cells, I began to grasp a greater understanding of how critical it is for us to just as consistently seek the Word of God — it is how we feed our souls. It is the bread by which we live.

We all inevitably grow ill and deteriorate — both physically and spiritually — when we do not regularly receive the right care and sustenance.

I also can't give the cell all the media it requires in a single dose for a number of reasons: from the media being fouled by waste from the cells, to ingredients in the media going bad due to the temperature we grow the cells in. Like the cells, our faith cannot be sustained by a single moment, or a single isolated event of consumption; our faith is sustained by coming back to God's wisdom again and again.

The growth of neurons is also sustained by providing a community for them. Living in community is built into their survival. We need to remember that neurons are special cells that can actually communicate with one another. As these cells convert, they start to learn to talk to one another like neurons do, and they grow even better when they have that opportunity to communicate with other fully formed neurons. If the cells are too sparsely grouped together or if there aren't enough cells, the converting cells don't have the opportunity to learn communication with each other, which interferes with their growth.

Similarly, our growth in faith cannot be done in isolation, but must be done in communion with our brothers and sisters. We need to draw support from our communities around us as we grow, sharpening and crafting each other. Communication via encouragement is also vital; our spiritual growth is honed and supplemented by our presence in a community. If we don't remain in community with one another, we fail to mature as individuals and the whole body suffers.

Similarly, our growth in faith cannot be done in isolation, but must be done in communion with our brothers and sisters.

The very makeup of our bodies speaks to how we depend on God as a day-to-day provider. Witnessing how beautifully God weaves us together — on a cellular level and on a social level — draws me to my work and reminds me of the love and care that it takes to form and grow each and every one of us. 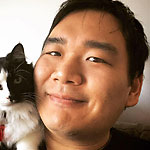 Joshua Ho is a Ph.D candidate in the Developmental Biology program at Washington University in St. Louis. In the rare moments that he’s not doing science, he loves to cook and read.