Part of 6 of in
by Elliot Park with Socheat Chum
illustrations by Bryan Sang park
Jul 01, 2015 | min read
Part of 33: Black Lives Matter
0 Snaps
0 0 Snaps
Oops! Something went wrong while submitting the form.

For Socheat, growing up in an urban city meant sharing the same experiences as Mexican and Black Americans.

SOCHEAT DOESN'T HAVE TO IMAGINE what it’s like to grow up in the streets.

“I was about 16 years old and I went to a Hmong club, an Asian club predominately run by Hmong owners and Hmong bartenders. I wasn’t even supposed to be there. I used my cousin’s ID. I said I was 21 and he was actually right behind me using another ID, not his own.”

He starts to laugh and then he stops.

“I got into the club and there was an altercation; I got into this huge fight in there. And after we got kicked out of the club, a car pulled up. This guy jumps out — and I was the only one that night wearing this bright white T-shirt — so they chased after me and I could remember the bullets flying past my head from his gun. I tripped out of my shoes. And they started beating me up. Then it stops and I thought they were gone, so I got up.

“So they chased after me and I could remember the bullets flying past my head from his gun.”

“They were waiting for me and they came back, beating me a second time. And this guy with the gun pulled the trigger, pointed the gun at me, and pulled it — it was a revolver and there were no bullets left because he had shot up every single bullet as he was chasing me. And right there, by the grace of God, I’m still here.”

This is not some story about a gang member turned pastor. This is a story about a guy who survived a very violent life and came out the other end inspired. And he now he’s looking to inspire others.

This is not some story about a gang member turned pastor.

“I’m a child of God. I’m a husband and a father. I’m a leader. And I want to be a better son, a better husband, a better father.”

Socheat’s family moved to the States in 1984. Like a lot of immigrant stories, it got off to a rough start.

“I remember my parents telling me that when they were placed in Kansas City, their sponsors pretty much filled up their refrigerator and left them at the house for a whole month, with just food and no other resources. I know that there was a lot of fear in coming over — a lot of anxiety from dealing with post-traumatic issues with what had happened — then having to change up from everything you know, and relocating from your country to a refugee camp, to another refugee camp, and then ultimately to America.”

Eventually, Socheat’s family ended up in Minnesota, where Socheat was born. And he was an “American Child”. He grew up in an urban community, next to not only Cambodians but also Mexican, Black, Hmong, Vietnamese, and white people.

“We felt like we were the same. We came from the same environment, dealt with the same issues, saw the same social injustices, and experienced the same childhood activities in the community — playing cops and robbers together.

“But we just knew that we were different, even though we grew up in the same community. I remember growing up, being discriminated against by the whites, Mexicans, and Blacks, even though later the same day we would forgive each other and wouldn’t even think about it because we were just kids. We would say things to each other that shouldn’t be acceptable. You know the Black guys would be like ‘Ching ching chong chong!’ you know? Or they’d say, ‘You chinks!’ The thing is, we would never turn around and call any of them the n-word.”

Cambodian refugees in Minnesota came together and formed gangs in order to protect themselves. African American gangster rap music, in particular, resonated with Socheat and other young Cambodians trying to exist in a very urban world.

Cambodian refugees in Minnesota came together and formed gangs in order to protect themselves.

“There was a big influence in hip-hop music at that time. I remember growing up listening to Dr. Dre, Snoop Dogg, N.W.A., and all this gangster music, and seeing the environment we were in. Because we were able to relate to specific things we saw in the music, it had a big influence on our desire to portray a particular lifestyle.”

He survived in this world and so did others. Whether Black, white, Latino, or Southeast Asian, Socheat and those around him lived this street life, and there was pride in that shared experience. Pride in home.

“There was a lot of respect between cultures because we all went to the same schools and community events with each other. Most people went to Humboldt and supported the football team, even though it sucked. There was pride in coming from the West Side and there’s even this bridge that has a painting of all these ethnicities. The community embraced the multiculturalism.

“There was a lot of respect between cultures because we all went to the same schools and community events with each other."

“Reconciliation came from the fact that even though we were all part of different gangs, we all knew each other.”

Socheat stayed a gangster for a long time. But over the course of early adulthood, he became a father, a husband, a corporate worker, and a pretty successful hip-hop artist.

“I had been opening up for major artists like Young Jeezy, Rick Ross, T-Pain — all these artists. I felt like I was doing good. I really wasn’t making much money, but being known, being notarized was cool. My identity was this rapper, this Cambodian hip-hop artist.”

"My identity was this rapper, this Cambodian hip-hop artist.”

But on a personal level, life grew increasingly harder.

Socheat lost his mother to cancer when he was 18. He fell into depression. His father-in-law got hit by a semitruck. And marijuana became a constant escape.

“That was my go-to therapeutic medicine, but all it did was take away the pain temporarily. I really missed my mom; I really loved her so much. And at that time I was a father, husband, rapper, gangbanger — you know, all these different pieces. I didn’t know who the heck I was, but I would seek marijuana for my healing.”

At some point throughout all this, his wife had begun asking the whole family to attend church together. They connected with the people who had brought them to church. Socheat went and took his family. It was fine. But he still lived the gangster life, the party life.

That is, until one day, he had a dream: There was a prison, monks, and stone tablets proclaiming God as Lord. He asked for prayer from one of the monks.

“I had heard that prayer, the Lord’s Prayer, but I had not known it word for word. And then the monk said ‘Amen’, I opened my eyes, and everything was gone. I saw a field, birds chirping, and it was like freedom — God came to me in dreams, because a human being wasn’t enough for me to believe.”

It was supernatural. In March 2011, he accepted Christ as his Lord and Savior, and declared himself to be a “child of God”.

Socheat now ministers at a predominately white church, and while most of the students he teaches can’t relate to the violence that he experienced, they still feel for him.

“It’s crazy how they can actually relate to me because even though my story is way out of the box for them; they’re not all involved in violence, but they know what it is to be lost, to be seeking something better. They know what it is to make bad mistakes and to make bad decisions, and need hope. I think all you need is a true message of hope and a true testament to what God has done in order to impact lives.”

"I think all you need is a true message of hope and a true testament to what God has done in order to impact lives.”

And he sees the current struggles of the African American community and can empathize because of his own history.

“I look from the outside in and can see the opportunities in specific communities that aren’t available. I see the education is not the same.

“I see the discrimination from police officers who assume that because you’re walking down the street and your pants are hanging down just a little bit, they can pull you over and say, ‘What are you up to? What are you doing?’ Even though I wasn’t Black, I experienced the same things growing up, because of the community I grew up in.”

"Even though I wasn’t Black, I experienced the same things growing up, because of the community I grew up in.”

Both Socheat’s past and present have shaped him, his ministry, and his message.

“I don’t feel weird or out of the ordinary because I grew up in a diverse community, around so many different people and cultures. For me specifically, the way the Lord raised me was to respect and understand all people.” 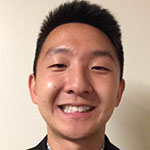 Elliot Park is currently an Applied Math student at UCLA. While he may study theorems and proofs at school, his real passion is for storytelling. He wishes to share stories about real people, with powerful lives and complex personalities. 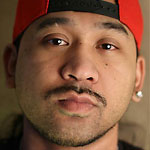 Socheat Chum is a Cambodian American hip-hop artist out of Twin Cities, MN. He also currently serves as the youth pastor at his local church. Socheat is a passionate follower of Jesus Christ and strives to impact people with the Gospel, whether it be through music or personal relationships. He brings a message of hope, redemption and forgiveness through his faith.