That One Meeting By the Roses

Part of 8 of in
by Connie Kao
ILLUSTRATIONS BY BRYAN SANG PARK
Dec 01, 2016 | min read
Part of 50: Homeland
10 Snaps
10 0 Snaps
Oops! Something went wrong while submitting the form.

Finding a sense of belonging in America — even with other Asian Americans — forces us to come face-to-face with our own cultural assumptions.

ONE AFTERNOON, I walked out my front door and saw my 80-something year old neighbor watering his roses that border the pathway between our two driveways. I had moved in over a year ago, but had never talked to him — the extent of our greetings were a short wave or a smile when our paths occasionally crossed.

He introduced himself — Richard — and I did the same. After just a sentence or two more of small talk, he blurted out, "You should go to church." Thrown off by his directness, I responded nervously, "Oh, I already do." In reply to that admission, he invited me to his small group meeting, conveniently hosted at his house. As I couldn't exactly use traffic as an excuse, his offer was hard to refuse.

A few weeks later, I showed up at his doorstep at the appointed time and he introduced me to his wife, Lulu, and his friends.

I walked in the doorway, expecting to behave how I normally do with elderly Chinese people. I started to take off my shoes, as is custom in Chinese households, only to realize everyone had their shoes on. Host included.

I met Richard and Lulu's friends, who introduced themselves on a first-name basis — another oddity. In Chinese culture, age ranks the hierarchy; younger usually serves the older, and younger addresses the older by specific titles in front of their names.

In Chinese culture, age ranks the hierarchy; younger usually serves the older, and younger addresses the older by specific titles in front of their names.

One thing that stood out to me in my three-hour visit was the fact that everybody there was so Chinese, yet also so American. Of the 10 people there, everyone was ethnically Chinese; some of them had immigrated to America when they were younger and some were first-generation natural-born Americans.

The food we ate was Chinese food. But despite their outward physical appearance and the cuisine, they seemed so white. Their English was impeccable. They talked about going to the local Sprouts grocery store and getting amazing tacos at Tito's Tacos. We used forks (not chopsticks!) and drank cold water (another non-Chinese thing!).

In one of our icebreaker questions, we were prompted to write our Chinese name, and half of these women couldn't remember how to write their Chinese name. This made me feel sad; integrating with the culture here relegated their heritage to the back burner.

I hadn't yet met older people who had gone through life with similar immigrant backgrounds. Whenever I looked at Richard, I saw an older Chinese man and assumed he and his friends would be just like the older Chinese people I had interacted with before. I didn't consider the fact that he might be more culturally American than Chinese. I wonder if this assumption is what other people will make when they see elderly me without knowing who I am.

Will I only be able to sustain relationships with those born like me? Only making deep friendships with people whose parents also immigrated in their youth from Taiwan and China to America?

My parents wanted our family to retain the culture and language of our ethnic people. My mother tongue was Mandarin. I didn't learn English until the year I started preschool. My parents enrolled me in Chinese school for eight years. Once a week, I learned Mandarin vocabulary, customs, and culture. We ate Chinese food almost every night at home, where my parents made me speak in Mandarin.

I understand why they raised me this way now, but as a kid, I really hated the "Chinese culture". At school, I ate school cafeteria lunch and loved it because it wasn't Chinese food. Chinese school was a burden; it was boring and involved so much extra work. I tried to talk in English as much as I could at home. I loved American food, watched American movies, and tried to identify myself as "American" and not someone who was "Fresh Off the Boat".

My visit to Richard's house gave me a glimpse of my potential future: an ABC generation that aged gracefully.

I wonder if I would feel more at home if I were born in Taiwan or China, where my ethnicity was "the dominant one".

To me, home is a place of belonging, a place where one is known, loved, and celebrated for who they are. Sometimes, America feels like this "no man's land", where different groups come to settle with little pockets of similar people and coexist and belong, but only within that little pocket. Experiencing Richard's social circle made me realize how much of a reality our coexisting status quo is.

In 1906, people of many backgrounds came together and soaked in God's manifest glory in Los Angeles. This revival, led by William Seymour, a one-eyed Black man, came to be known as the Azusa Street Revival. This revival also led to the birth of Pentecostal churches and brought people of races together in a time of racial tension.

The 110th anniversary of the Azusa Street Revival was celebrated this past April in Los Angeles. Again, a wide diversity of people came from all over to gather in one accord, worship in the rain, and shout to the heavens for God to turn American back to Him.

We must look to God to discover our identity. We will never be satisfied by attempting to feel at home in America — or anywhere on this earth, really.

We will never be satisfied by attempting to feel at home in America — or anywhere on this earth, really.

As seen in John 17:14-16, we're told to celebrate our differences, respect where we've come from, but to also steward our identities as children of God.

Paul addressed the tension between the Jews, God's chosen people, and the Gentiles; he didn't dismiss their differences, but he also embraced their unity:

"Consequently, you are no longer foreigners and strangers, but fellow citizens with God's people and also members of his household, built on the foundation of the apostles and prophets, with Christ Jesus Himself as the chief cornerstone. In Him the whole building is joined together and rises to become a holy temple in the Lord. And in Him you too are being built together to become a dwelling in which God lives by His Spirit" (Ephesians 2:19-22 NIV).

While we feel the tension of living in this earthly world, exacerbated by the cultural identity dichotomy we experience in America, we must remember that it is natural and expected to feel foreign.

This doesn't mean that we allow racial injustices to continue happening, but that we remember our citizenship is in God. This doesn't take away from our culture, but complements our joining together with the rest of the body of Christ. I've felt at home when I fellowship with other believers. I find that our common value in Christ is stronger and deeper than a common ethnic value.

I find that while we may have surface-level relationships with those outside of our culture and deeper relationships are with those of similar cultural backgrounds, that the deepest relationships are with those centered on Christ. Because Christ is about accepting and belonging to His Body, as He created us. This isn't based on where we were brought up or which family we were born into. I've seen glimpses of this in my church life group and have felt a sense of true belonging as this group has pointed me to Jesus. When we lift our eyes higher than our present circumstance and meet with Jesus, there's a taste of sweetness and a feeling of home that we can't reproduce anywhere else. 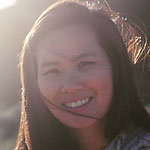 Connie Kao loves Jesus. Connie lives in sunny LA. She graduated from University of Texas at Dallas. She spent 2 weeks in Germany this July to serve the Syrian refugees.