The Overdue Dismantling of Church

A church member mumbled these words as both a prayer and a sad resignation on a sunny afternoon. Earlier that day, the man had learned that his job was eliminated, and stopped by at the church I served at to receive comfort. In between desperate sobs and anxious heaves, he mourned the loss of his livelihood and the future he planned for his family. Before the week was over, my fellow pastors and I would sit through hundreds of similar conversations offering comfort and consolation in the midst of a growing crisis.

As the job losses mounted, the number of tithes and offerings coming in each week dropped precipitously. Church budgets bled red ink and congregations began laying off staff and selling property in order to keep the lights on.

But that was back in 2008 during the Great Recession.

Here we are now in 2020 facing a recession not instigated by reckless lending and risky financial products, but rather by an invisible virus that has turned our world upside down. Our economy has ground to a halt as we stay indoors hoping to flatten the curve, over 26 million Americans are without work, and a recent Barna survey found that 79 percent of pastors said financial giving is down. While some churches will manage to scrape by with online giving, others will experience a decrease in revenue as a knockout blow. It feels like the world is falling apart again.

I mourn the fact that some truly faithful communities will need to find a new way to worship and serve in light of dwindling bank accounts, but I’m not convinced that the upheaval of churches and frankly, American Christianity as a whole, is a bad thing.

Let’s start with the most recent contribution Christians made to this country. In 2016, Christians put an incompetent megalomaniac in power. Data collected by the Pew Research Center shows that 81 percent of white Evangelicals, 58 percent of Protestants total, and 52 percent of Catholics pulled the lever for a man who openly disparaged women for their looks and cruelly mocked disabled people. Had Judaism been the majority religion in America, we would now be looking to President Hillary Clinton for leadership as she was the choice of 71 percent of Jewish voters.

But America ended up with a president straight out of reality TV, and while it was all fun and games while the stock market soared and tax cuts flowed freely (just forget about the violence of family separations at the border and the dismantling of affordable healthcare), the good times came crashing down when a real crisis requiring thoughtful leadership and a reliance upon scientific expertise came knocking on our door. Our federal government failed us under the haphazard leadership of a lying, corrupt, and unprepared man who, when asked by a reporter what he would say to Americans who are scared, responded, “I say that you’re a terrible reporter. That’s what I say. I think that’s a very nasty question.” People are dead because our country took a gamble on a man who claimed that he alone could fix things.

And yet, despite all this, Christians (especially Evangelicals) have not budged in their support of this ransacking of America. In fact, they’ve cheered as cruelty and corruption have become the law of the land.

Over the past year, I’ve met a lot of pastors from across America who are discouraged at the way their congregations have allowed nationalist influences to poison their minds on every issue from race to climate change. These faithful shepherds do their best to guide and lead, but they’re up against a wave of propaganda blaring out from cable TV and radio 24/7. They grow fearful when they see their flock sharing Facebook posts claiming that COVID-19 was created in a lab and weep when some of their members are willing to exchange lives for a few points on the Nasdaq. But they recognize that if they rock the boat too much, they might have to find a new job or lose the ability to support their families, and even if they did speak up, would their congregations listen?

The state of our churches and the state of our nation rival each other in their level of dysfunction and moral decay. COVID-19 did not create this situation, however, it merely accentuated these massive shortcomings. Children at the border sit behind chained-linked fences separated from their families. The rich make off like bandits with massive tax cuts while the poor face cuts to the programs they rely on to feed their families. LGBTQ individuals watch helplessly as their rights are eroded by executive order after executive order.  Sadly, the majority of Christians in America have remained silent on these issues and, in fact, have voted in ways that make life harder for their neighbors and themselves. Simply put, we would not be in this place were it not for 81 percent of Evangelicals and a majority of Christians voting to make America great again.

When I took my ordination vows, I promised in the words of John Wesley to “do no harm.” And yet, millions of our poor and vulnerable neighbors are harmed by the votes of people in this country who go to church on Sundays and count themselves as one of Jesus’ faithful followers. A dangerous misunderstanding of how Jesus calls us to act in this world has infiltrated the fabric of American Christianity, and I’m forced to reckon with the reality that perhaps the only way to stop the harm is to make way for the dismantling of the driving force behind it.

So maybe it’s not the worst thing for churches to be shuttered and sold as a result of this recession. Perhaps some good will come from people disbanding and not being able to use a sanctuary as a place to organize further plots against the safety of others through sermons in support of an immoral and corrupt man. Maybe lives will be saved when we stop using worship songs as a drug to convince us that God is on our side while we vote for people and policies that place unbearable weights upon our neighbor’s shoulders. I’m not “anti-church.” I’m “anti-being a monster to my neighbor.”

I cannot let my siblings suffer anymore. If it is a choice between American Christianity as it currently stands and my neighbor’s well-being, I will choose the option that I think Jesus would take (hint: it’s not the one with “Gospel” and “Coalition” used in the same sentence). I take Jesus at his word when he says that he is making all things new, and I believe that the Holy Spirit longs to breathe new expressions of life into this world. Perhaps, in preparation for this new wine, we should come to grips with the need to throw the old wineskins out.

The world of American Christianity is falling apart. It’s about time. 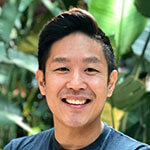 Kevin Wright is an ordained elder in the United Methodist Church with over a decade of experience working in various churches. He currently serves as the Chief Program Officer at an organization in New York City that helps prepare under-resourced youth for college and career readiness. He holds an M.Div from Duke Divinity School and resides in Manhattan.