To Every Place that Clouds Can Reach

Part of 4 of in
By Issey Fujishima
Illustrations by Kimberlie Wong
Aug 05, 2018 | min read
Part of 61: Searching for Hope
14 Snaps
14 0 Snaps
Oops! Something went wrong while submitting the form.

When the raging fires had all burnt down, Jerusalem was not a city anymore, but a graveyard. Where once the great Temple of Yahweh had stood, not one stone was left upon another. The Roman army had shattered the great Jewish revolt and all hopes for Jewish sovereignty were washed away in blood.

The destruction of Jerusalem in the year 70 CE, following the First Jewish-Roman War sent shockwaves through the ancient world. For centuries, the holy city had been the prosperous pivot of Judaism. Thousands of pilgrims came every year to take part in rites such as Passover.

At the center of it all was the Temple, a gigantic building made of marble, limestone, and gold. It not only represented the combined religious, political, and financial power of the priests serving there, but it was here, at the navel of the world, where God dwelt among mortals, where Jews could fulfill their religious duties by offering animal sacrifices.

In return, they would receive divine blessing, purity, and forgiveness through the priests who acted as brokers between heaven and earth. Judaism at that time was built around this monopoly of access, controlled by a wealthy circle of aristocratic Sadducee families.

Judaism at that time was built around this monopoly of access, controlled by a wealthy circle of aristocratic Sadducee families.

However, none of it was left after the Roman invasion. The end of the Temple could have marked the end of Judaism. What could possibly fill the vacuum?

Amazingly, there was a group of Jews who dusted themselves off and found a way to turn catastrophe into opportunity. The rabbis of the Pharisaic party looked to something soldiers could not destroy: the Jewish law, handed down through scriptures and sayings. They had community assemblies or “synagogues” everywhere in the empire that would become their own little hubs of worship and ritual. Slowly, the sanctification of daily life gained precedence over animal offerings, and teachers of the Law replaced priests. They laid the groundwork for what would become Rabbinic Judaism.

There was yet another group of Jews that survived the disaster: those who followed Jesus, the Messiah.

Jerusalem had held special importance for early Christians. Leaders of the early church were active in the Temple, teaching and debating. After the war, Christians had more reason to distribute authority to the synagogues, just as the Pharisees did. And they already had a tradition that supported this shift: the outpouring of the Spirit on Pentecost.

Perhaps some believers found inspiration in the words of Isaiah. The prophet once spoke of a day when God’s Holy Spirit would cover the earth with justice and peace: “For the palace is forsaken, the populous city deserted; the hill and the watchtower will become dens forever ... until the Spirit is poured upon us from on high ... Then justice will dwell in the wilderness, and righteousness abide in the fruitful field” (Isaiah 32:14-16 ESV).

The prophet Isaiah once spoke of a day when God’s Holy Spirit would cover the earth with justice and peace.

I often think about this image these days — God’s Spirit being poured out from heaven, like a nurturing rain. Rain is carried by clouds traveling vast distances. Border guards can’t stop them. Special economic zones can’t contain them. Clouds appear wherever they want and offer rain to the oppressed and oppressor alike. Was this Isaiah’s vision of a blessed earth? Where God’s presence would come to every place that clouds can reach? God’s Spirit no longer lent to only a chosen few — but to us?

Christians and Rabbinic Jews began to thrive because they unglued themselves from an attachment to territory and hierarchy. They left the Temple monopoly and decentralized. Christians were already crossing cultures, inviting more participation from lay members. The church network would manifest Jesus’ vision of God’s borderless kin-dom.

Christians and Rabbinic Jews began to thrive because they unglued themselves from an attachment to territory and hierarchy.

We should consider this history. How often do we get the impression that the world revolves around just a few centers of absolute influence: a handful of powerful institutions and leaders? When a single word tweeted from the White House can agitate financial markets and dominate the news for days, it’s no wonder we believe that the planet’s fate hinges on a few select players. This rests on the age-old narrative of power that only big men can handle big issues. Who else could solve global problems — like hunger or climate calamities — than the most potent CEOs, defense alliances, or the G8 summit?

How often do we get the impression that the world revolves around just a few centers of absolute influence?

While these power structures have a massive impact on people’s real lives, the absoluteness of this narrative is not only false, it’s designed to make us feel powerless and dependent. For example, in Japan, where I live, the capacity to steer society is seen by the general public to be safest in the hands of prestigious companies and the Tokyo elites. “Ordinary” people only care for ordinary things. It’s enough to rely on the brokers of wealth to wring enough blessings out of our sacrifices — our time, labor, capital, and votes.

The message of God’s Kingdom is different. After preaching in villages far from the center, Jesus went headlong against the Temple monopoly. By overturning the money changers’ tables, he brought Jerusalem to a halt. At that moment, he spoke of another temple: his own body. The body he would sacrifice for those he loved. The body we receive in the Eucharist. This temple of Jesus’ flesh and blood is a shared sanctuary, and by sharing it, we embody it ourselves. And if our bodies are temples, as Paul writes in I Corinthians, it is the responsibility of each of us to be brokers of God’s holy presence within. To let forgiveness and blessing flow from us. To share in the suffering of Christ’s broken body. We harbor a fire that desires to transform us and our communities into pockets of God’s kin-dom everywhere.

I’ve seen the transformation that simple but inspired people can achieve firsthand in Japan.

When I worked for a rural leaders training center in the province, I met vigilant Japanese people who didn’t wait for authorities to fulfill their hopes. They were reshaping their communities by their own hands. Among them were organic farmers who provided safe food for schools. Small churches that took care of tsunami survivors. And many citizens who wrote initiatives that lobbied for human rights and demilitarization. Such grassroots actions tend to fall under the mass media radar. Informed citizens who go against established powers don’t fit well into the frictionless picture of “official” Japan. But there are many groups and individuals who stand against the swelling currents of nationalism and corporate control. Their eyes are open, shining with the spirit of selflessness.

I met vigilant Japanese people who didn’t wait for authorities to fulfill their hopes. They were reshaping their communities by their own hands.

One example of such transformation is Minamata. Back in the 1950s, this coastal city was the site of severe industrial pollution. At that time, methylmercury poisoning of the seawater ruined thousands of lives. Fear and stigma tore the fishing community apart. For decades, victims fought to be recognized and compensated by government officials and the company causing the pollution. Minamata is, to many Japanese, synonymous with tragedy. But if you go there today, it isn’t a gloomy place. Sixty years after the disaster, citizens have reinvented Minamata as a place that takes the memory of victims seriously and teaches environmental restoration. A network of activists, farmers, educators, and health workers bring healing to a disrupted community. The victims even reach out to their perpetrators with the hope
of reconciliation.

Only the local residents could spur such a culture of communal mercy when higher powers were busy ignoring them. What gives me hope for Japan is not huge national projects like the upcoming Tokyo Olympics, but the efforts of many good-hearted “small people”. Their resilience, as well as prudent networking, can grow into a force to create lasting change of systems altogether. In the U.S., we see this happening with movements such as #MeToo and the Standing Rock resistance, where personal and local concerns accumulate into demands for necessary changes on national, and even international, levels.

Only the local residents could spur such a culture of communal mercy when higher powers were busy ignoring them.

The story of the Pentecost and the example of our spiritual ancestors can empower each of us to claim agency with the aid of the Holy Spirit. We are called not to leave the world to distant leaders who so often misuse our hopes to mold convenient monopolies, but we are called to shape our world into God’s realm of shared grace, as envisioned by Isaiah and Jesus.

The story of the Pentecost and the example of our spiritual ancestors can empower each of us to claim agency with the aid of the Holy Spirit. 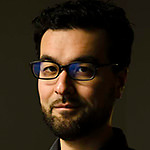