Part of 3 of in
By Brennan Takayama
Photography by Aaron Huang
Aug 05, 2018 | min read
Part of 61: Searching for Hope
95 Snaps
95 0 Snaps
Oops! Something went wrong while submitting the form.

A few years ago, I took a Hawaiian language class at Hawaiʻi Community College. In the fourth and final semester of the two years of ʻŌlelo Hawaiʻi that the school offered, I journeyed with a cohort of students under our amazing kumu (teacher) Kuʻulei Kanahele. Our class consisted of Native Hawaiian and Japanese students; I was the only non-Hawaiian student who was born and raised in Hawaiʻi.

My Japanese family traces our lineage from southern Japan to the sugar cane plantations of the Hāmākua coast of Hawaiʻi Island and to Hilo where my grandparents grew up and raised a family on a working a farm with cattle, raising chickens for eggs, and growing ginger. Even my Chinese Tong family stopped off in Hawaiʻi before part of the family moved to California where my mom grew up in San Francisco’s Chinatown.

I loved my Hawaiian language class and was glad to learn the language of the land my family has been on for over 100 years. Midway through the semester, my kumu tasked us with our final project: Write a kaʻao (story to perpetuate history and culture) about a place in Hawaiʻi that we have a special connection to. After considering several options, my kumu suggested I write about Liliʻuokalani Botanical Gardens.

My great-grandfather, Kenso Kushi, had built a beautiful Japanese-style bridge in the middle of one of the largest Japanese gardens outside of Japan, and yet this park was named after the most recent reigning monarch of the Hawaiian Kingdom. I had previously assumed that Japanese laborers built the park and named it in Queen Liliʻuoklani’s honor because that’s usually what happens: Commoners build monuments in honor of royalty.

However, my research uncovered a different story. After white businessmen and descendants of Christian missionaries backed by the American military illegally overthrew Queen Liliʻuokalani, she was imprisoned in her home for eight months. These men had worshipped alongside her at church, and many white Christians even spoke of her great faith in Christ. Stripped of her title by the illegal “Republic of Hawaiʻi”, Queen Liliʻuokalani didn’t have much left, except the continued love of her people. During a trip to Hilo, she witnessed the plight of the Japanese sugar plantation workers and was moved. She lobbied to have a Japanese garden built to help these workers feel more at home. Liliʻuokalani Gardens was dedicated in 1917 — the same year our beloved Queen passed.

She witnessed the plight of the Japanese sugar plantation workers and was moved. She lobbied to have a Japanese garden built to help these workers feel more at home.

I was floored. The park was a place that I had deep connections to, and yet I had never heard this story before. Some of the Japanese workers may have been Hawaiian Kingdom citizens, but most were still subjects of Japan and intended to return home. When they realized that their low wages meant that they wouldn’t be able to make enough to go back to Japan, they settled in Hawaiʻi. I wondered why Queen Liliʻuokalani cared so much for my people when she and other Native Hawaiian were suffering so greatly. I think she saw that the Japanese in Hawaiʻi and the Native Hawaiian had different but similar stories. In our struggles, we could encourage one another to have hope.

In our struggles, we could encourage one another to have hope.

Today, the ethnic landscape of Hawaiʻi looks different. White people still hold significant power and have the highest per capita income and the highest percentage of people with a bachelor’s degree or higher. Japanese and Chinese follow closely behind, then Filipinos, while Native Hawaiian, Samoans, and Micronesians have the lowest socioeconomic conditions. Asians in Hawaiʻi sometimes seek to assimilate to the white power structure of the United States, but forget about our connections with other ethnic groups. We should be moved to seek justice for other communities because our stories are connected.

We should be moved to seek justice for other communities because our stories are connected.

There are many other stories of interethnic struggle and solidarity in Hawaiʻi. Filipino and Japanese workers united to strike against plantation owners in 1920, which marked the first time different ethnic groups came together. Three hundred people of other ethnicities joined in, too — Portuguese, Chinese, Puerto Ricans, Spanish, Mexicans, and Koreans. In the infamous Hilo Massacre of 1938, police brutalized a multiethnic group of Chinese, Native Hawaiian, Japanese, and Filipino union workers. Native Hawaiian Harry Kamoku united workers to demand wages equal to that of workers on the West Coast of the United States. Since Native Hawaiian and local Asian stories have been tied together for so long, I want my community to be moved to care and to draw inspiration from our past to work toward justice for our future.

I want my community to be moved to care and to draw inspiration from our past to work toward justice for our future.

While I was taking my Hawaiian language classes, I learned about the development of the Thirty Meter Telescope (TMT) that the University of Hawaiʻi wanted to build on Mauna Kea. I sought to stand with Native Hawaiian sisters and brothers who were protesting the TMT because Mauna Kea is sacred to many in the Hawaiian community, and there were already 13 other telescopes there. I made some signs, threw on a shirt with a Hawaiian flag on it, and stood on the side of the highway with friends to raise awareness.

However, I noticed that while many Native Hawaiian driving by honked their support, many older Asian aunties and uncles just looked and passed by. That bothered me. In my attempts to blend in with my Hawaiian friends, I had become unseen to the very people I could appeal to best. I later read an article about TMT supporters with pictures of local Japanese businessmen dressed in aloha attire (business clothes in Hawaiʻi). Many of my aunties, uncles, and grandparents could relate to this, because they, too, worked to move from the sugar plantations into office jobs. Maybe I could also change my apparel in order to stand alongside Native Hawaiian activists, while simultaneously leveraging support from the local Asian community.

In January 2018, a Native Hawaiian man, Kaleikoa Kaʻeo, was on trial for protesting a similar telescope being built on the summit of Haleakalā on Maui. He chose to speak Hawaiian in court, which is allowed by Hawaiʻi state law, as Hawaiian is one of two official languages. Interpreters are allowed for a plethora of languages, including Japanese, Ilokano, Hawaiian, and many others. The local Japanese judge ignored Mr. Kaʻeo, despite having met him before, and held him in contempt of court for not being present since he spoke Hawaiian and not English. No interpreter was provided. Many in the Native Hawaiian community and pro-Hawaiian language friends gathered in front of the Supreme Court in Honolulu and elsewhere in the islands to protest this unjust action.

I made the decision that instead of trying to blend into the Hawaiian community, I would dress in aloha attire and hold a sign that would appeal to Chinese and Japanese businesswomen and men who I hoped could see themselves and their families in me. The sign was intended to make connections between the local Japanese community and Native Hawaiian struggles. It stated, “I stand for Hawaiian language because when Hawaiian was banned after the overthrow, Japanese was also banned. During WWII, Japanese schools were shut down. We were forced to learn English to survive. We must stop perpetuating the same injustice that we’ve experienced onto others. #LocalJapaneseForHawaiians.” The message was overwhelmingly well-received both in person and on social media with support from an ethnically diverse group of people. I believe that the message of justice advocacy across ethnic groups spoke deeply to people. I didn’t need to give up my own heritage to “become Hawaiian” in order to advocate for what is right.

I didn’t need to give up my own heritage to “become Hawaiian” in order to advocate for what is right.

I love my Asian people, I love Hawaiʻi, and I want to work for justice for both. My faith in Jesus Christ also requires me to be a part of seeking God’s kingdom to come and his will to be done on earth as in heaven. In heaven there is no racism; instead, in Revelations 7:9 (ESV), John described a beautiful sight: “A great multitude that no one could number, from every nation, from all tribes and peoples and languages, standing before the throne and before the Lamb.”

I look to the past and find examples of interethnic solidarity through people like Queen Liliʻuokalani and joint struggles for justice like the labor strikes. I draw strength from those who have come before me and recognize our connected stories as they also worked toward righteousness for those who were afflicted. I have found ways to follow God’s commandments to seek justice, love mercy, and walk humbly with him (Micah 6:8) in light of the stories that he has given through these various communities. I don’t need to “become” something else to seek God and pursue his purposes in the world, and I believe that he can use us even more effectively as we embrace who he has made us to be in his image. We can all look to the stories of those who have come before us to find hope for both the present and future.

I draw strength from those who have come before me and recognize our connected stories as they also worked toward righteousness for those who were afflicted. 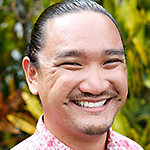 Brennan Takayama was born and raised in Hawai’i and grew up on a cattle farm with his family. He serves as the Area Director for InterVarsity Christian Fellowship in Hawai’i, enjoys cooking home-style foods, and watching “Black-ish”, “Fresh off the Boat”, and “The Walking Dead”. He’s currently trying to re-watch all the movies in the Marvel Cinematic Universe because he doesn’t understand the backstories of all of the infinity stones.