What Dreams May Come

Pornography and its Effect on the Mission Field

Part of 2 of in
BY TOBIAS ISSARA
ILLUSTRATIONS BY KEVIN JAN
Oct 01, 2015 | min read
Part of 36: Slow Down
0 Snaps
0 0 Snaps
Oops! Something went wrong while submitting the form.

I HAD A CRAZY, vivid dream during my first year on the mission field in Southeast Asia. In it, I was surrounded by attractive women lavishing me with attention. It was a feast of carnal entertainment, and I felt helpless to resist. The fantasy came to a climax when one woman got uncomfortably close, at which point her entire face transformed into a hideous snakelike demon. She gnashed her teeth at me and I woke up. It was disturbing enough that I sat up and started to pray.

It was 2008 and my wife and I were going through a lot of transitions. We had just moved to a foreign country and were in the middle of moving again, this time to a small town in an unreached province where we would launch a new ministry. In the midst of change, uncertainty, travel, ministry, and mission work, we could hardly find time to stop and breathe.

To live as a full-time, cross-cultural missionary is to live in a constant state of transition. We’re always moving and adjusting to new cultures, languages, and teams. Missionaries are earthbound pilgrims inviting others to join them on their journey to heaven in a place where all transitions end and where God’s glory is constant. In the midst of all my transitions, I often forgot to stop and abide in God. To abide in Jesus simply means to trust that He is good and satisfying.

I couldn’t remember the last time I had genuinely rested in God’s presence or spent time in God’s Word. In fact, I was doing the exact opposite; I was actively engaging in pornography. My lack of abiding in the good things of God was affecting my thoughts and intensifying my temptations to the point where they invaded my dreams.

My struggle with pornography wasn’t new. My wife found out about my problem early in our marriage and thought I had dealt with it — but I hadn’t. My addiction continued when we moved overseas to serve on the mission field, which proved to be even more difficult. With no family or friends around us, my wife and I both found ourselves struggling in different ways. My wife was fighting feelings of loneliness and discontentment, and became incredibly hurt when she realized I was still involved with pornography. I had broken our trust, but with no accessible support and accountability, we were forced to work it out on our own.

We continued to move along, working diligently in the ministry while ignoring the need to deal with what was happening internally. Over the years, my wife and I did many “good works”. We were involved with water development projects, helping the rural poor, discipleship, and church planting among unreached people groups — all while raising three kids. Outwardly, I appeared fine. I’d often kiss my family goodbye, hop on a motorbike or boat, and be gone for several days taking risks and doing good, spiritual things. But internally, my pool of disobedience was only getting deeper.

We continued to move along, working diligently in the ministry while ignoring the need to deal with what was happening internally.

On one occasion, a friend and I were in the mountains during the rainy season when the dirt roads turn into rivers of wet clay and mud. What was supposed to be a two-hour motorbike trek turned into six hours of slipping and sliding. The goal of our trip was to follow up with a local leader and disciple named Tongsin. His testimony is nothing short of miraculous. Years ago, Tongsin was demonized by evil spirits to the point where villagers had to put him in a cage so he wouldn’t harm himself or others. Local shamans could not help him until a messenger shared about the freedom offered through Jesus’ death, burial, and resurrection. Tongsin’s mind and physical health were restored, and his life became a beacon of hope for others in his village. I met him not long after that and began discipling him. He is now the pastor of the very first church among his people group.

Years ago, Tongsin was demonized by evil spirits to the point where villagers had to put him in a cage so he wouldn’t harm himself or others.

Despite the fact that my friend and I were covered in mud from head to toe, Tongsin embraced us and welcomed us into his simple home that was raised on stilts. Tongsin’s wife graciously served us tea while we praised God for the opportunity to meet during the rainy season. There was a lot to talk about, so I started by asking two very important questions we’d bring up every time we met together: “Tongsin, how is your walk with God? And how is your witness to others?”

Holding his youngest son on his lap, Tongsin’s face lit up with a smile. He answered, “Every day I walk with Jesus. In the morning, I wake up and pray for an hour before I go to the fields. In the evening, I pray with my family, and we listen to the Bible stories you gave us. I even dream about Jesus.”

Tongsin excitedly waved his hands in the air and continued, “Last night I had a dream. In it, God told me that you were coming, and now you are really here! God sent you here to help me tell others about Him. Villagers are coming to me every week. They ask questions and want me to pray for their healing. There are many more believers now than when we saw you last.”

Over the next hour, we discussed many things and prayed with his family before leaving for the six-hour trek back home. As I navigated my way down the muddy mountain trail, I was profoundly moved by Tongsin’s dream and his simple faith in God. This was a man living out his mission in a country that oppressed Christians; he had much to lose. He was also a man living through some of the hardest transitions imaginable — he was the first in his village to walk away from thousands of years of spirit worship to follow Jesus. Tongsin understood the simple truth that we cannot do anything good for God unless we are walking with Him and letting Him invade our dreams. Tongsin, a farmer who never owned a pair of sneakers, taught me that the fruit of our obedience is in direct proportion to our abiding in Christ.

Tongsin understood the simple truth that we cannot do anything good for God unless we are walking with Him and letting Him invade our dreams.

I, on the other hand, was allowing filth to invade my mind and using ministry highs as an excuse for spiritual “sustenance”. The high of my mountain top experiences often dissipated the moment I walked through the front door of my house and was greeted by three screaming kids and nasty diarrhea-filled diapers to change. I would argue with my wife, who was stressed out from days without any help and no respite from the kids. I found the mundane tasks of the every day — laundry, dishes, and emails — to be the hardest times to abide. I’d stumble into a dark valley and forget that God is good. That’s when I would find myself sitting in front of my computer, giving in to temptation, and believing that porn is better than God.

I knew I was tired. It’s a good thing that missionaries are forced to rest when they go on furlough. After four years on the mission field, my family finally had the space to breathe. We spent a year stateside, getting physical rest and reconnecting with supporters. During this time of rest, my wife and I both acknowledged our struggles and committed to working through them and doing “right”. We began receiving professional Christian counseling. It was the first time we began to really process our experiences and deal with our struggles, which led to both individual and shared healing. During my time in Scripture, God showed me a simple but profound truth in Hebrews 12:1-2:

It was the first time we began to really process our experiences and deal with our struggles.

“Therefore, since we are surrounded by such a great cloud of witnesses, let us throw off everything that hinders and the sin that so easily entangles. And let us run with perseverance the race marked out for us, fixing our eyes on Jesus, the pioneer and perfecter of our faith. For the joy set before him endured the cross, scorning its shame, and sat down at the right hand of the throne of God” (NIV).

I realized there were no shortcuts in dealing with garbage; I needed to toss it out. Sin was weighing me down physically, spiritually, and mentally. I had to clean every room in my mental house and air it out with the freshest breath of air I knew: Jesus. I began the process of throwing away my sin by running toward God whenever I felt the burning desire to sin. I started to meet with God every day, spending time in prayer and in the Word, something I hadn’t been doing before. I intentionally changed my habits to eliminate any room for temptation. I moved my computer to the living room, never traveled alone, stopped staying up late, and always stayed accountable to my wife and my mentor. My new way of life gave me a fresh look at God’s good promises. I was filled with the overflowing passion to love my wife, hug my kids, serve strangers, and labor for Jesus in foreign jungles.

I started to meet with God every day, something I hadn’t been doing before.

After eight years of serving overseas, I don’t claim to have arrived at the perfect balance of resting and abiding in God. It’s a constant battle. But Jesus said I am set free from sin and death. That truth gives me great satisfaction and joy. It has allowed me to walk in freedom for a few years now and to run hard after God, side by side with my wife. And I’m living in anticipation of what good dreams may come. 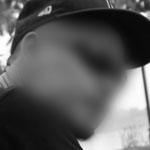 Tobias Issara and his wife (along with two beautiful daughters and a cute son) currently serve as church-planters in a restricted Southeast Asian country where they have lived for over eight years pioneering the Gospel among an unreached tribal group. Tobias is an urbanite from San Diego, CA. Learn more about their work at mekongkingdommovement.com and asianroughrider.com. 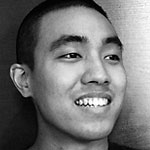 Kevin Jan is a freelance graphic designer, but he really hopes to be a children’s book illustrator one day. See more of his work at kevinjan.com.