Establishing Roots in Between Worlds

Part of 3 of in
BY JOSH RITNIMIT
PHOTOGRAPHY BY WONHO FRANK LEE
Dec 01, 2016 | min read
Part of 50: Homeland
3 Snaps
3 0 Snaps
Oops! Something went wrong while submitting the form.

USUALLY, THAI NAMES are pretty long — four, five syllables, or even more. In fact, my father changed his last name to Ritnimit, which means "power of vision" in Thai.

After becoming a Christian in Thailand, my father became disillusioned with his birth name, Liewudomsinchai, because of its meaning; a name that meant "worldly wealth" didn't have resonance for him and he wanted another that represented his new values.

Before even coming to the U.S., Thai government officials told him that he needed to submit five unique names that Thailand did not officially have on public record, and that they would pick one. And so out of their deliberations, Ritnimit was decreed. Whether it was a detailed process of research or eenie-meenie-miney-mo is unclear, but the rest is history. From that moment on, we had a name that set us apart in my father's homeland, and most definitely apart from folks in my mom's white, Midwestern world and the U.S.

Sure, my dad could have kept his birth name and shortened it to Liew or Liu, but that wouldn't represent a unique, Thai spiritual significance. Sure, we'd have thousands of folks in Asia and beyond with the same name, but were we looking to be set apart or be included? Maybe both.

Were we looking to be set apart or be included? Maybe both.

My somewhat Asian eyes, dark hair, and olive complexion helped set me apart from my white family and friends, and being about 6 feet tall with semi-white facial features set me apart from my Asian family and friends. In either context, I didn't quite blend in, and while I didn't necessarily stick out like a sore thumb, I definitely felt like I belonged to a different category.

The biblical theme of name changes actually runs through both the Old and New Testaments. Besides Abraham and Sarah, there's Jacob and Simon, among others. God seems to be setting people apart from a previous identity and way of being into something new, as part of a slow unfolding of God's will. There are plenty of folks who are transformed by God without having a name change, but those whose names are changed are often pilgrims making their way through this world to God's promise — at times an external, physical journey, and all the while, a relational one.

As Asian Americans, we too are in between worlds, neither fully here nor there. We or our family members left a homeland to come to a new land seeking a better life, and despite the rocky terrain of integration, this liminal state is a rich backdrop for connecting with God's narrative of seeking a new family and promised land where we are planted.

As Asian Americans, we too are in between worlds, neither fully here nor there.

Due to the vast melting pot of cultures, growing up in Los Angeles has been orientating. It's also been comforting, because my Asian American identity is not unusual. I've met and befriended folks from all over the world; the cultural plate tectonics here divide, press against, and merge to provide a unique cultural setting where one can belong in diversity rather than homogeneity, even if it is unsettling at times. There are still moments of feeling like a minority, but there's comfort in knowing that I'm not alone in those feelings.

Ever since childhood, I had an intuitive feeling that I belonged to a different multicultural, multiethnic tribe than that of my family of origin. This tribe has materialized here in Southern California. Whether they be students studying abroad, kids from mixed marriages, missionary kids or other kids who grew up abroad, or just people moving here from another place, I feel kinship in the shared experience of challenging identity integration and being misunderstood. As I've become older, this tribe has become a place of belonging for me.

I remember meeting Wasswa, my friend from Uganda, early in my high school sophomore year. He was introduced to our entire science class as "Ron", his American name. Not long after this, we became friends, playing soccer and basketball in his neighborhood in Pasadena. After high school, I remember when he told me that he wanted me to start calling him Wasswa instead of Ron, and his brother would be Jemba instead of Brian.

It was how he wanted to be known to others and how he felt integrity with himself. I respected that and I honored his request. He chose a path, not of least resistance, but one of being marked and the necessity to explain his background to others. It was a path I could relate to with my last name.

He chose a path, not of least resistance, but one of being marked and the necessity to explain his background to others.

Like James Gatz who became Gatsby in "The Great Gatsby", Stanley Martin Lieber who became Stan Lee, Caryn Johnson who became Whoopi Goldberg, they, too, are distinctly American: They felt the need to change their names to fit in or become more. We are on a journey of becoming and want to formally declare it so.

This multicultural sense of belonging and connection has taken time to build, which I still struggle with occasionally. I spent summers in Michigan with my mom's family among the fireflies, maple trees, occasional tornado warnings (and huddling in basements); and at a cabin near a lake, fishing, tubing and water-skiing. I also spent my Sundays at church, where Thai was spoken; spicy, delicious food was eaten after the worship service; and where taking off our shoes when entering each others' homes was the norm. I even went to Thailand to teach English, learn some Thai, and have my own experience of the culture.

As I grew up, I developed different selves that learned to operate in each context — it's been a lifelong process of integrating these Thai and white parts of me.

It took a while to realize that it's not an all-or-nothing choice. The unique name that I have is a constant reminder of who I am on this journey: someone positioned between cultures to embrace the good where I find it, and to push against that which doesn't serve personal and spiritual growth in myself. I can belong to each culture and I can also belong to my tribe of sojourners — the people in between places and cultures who are putting down roots where they are.

It took a while to realize that it's not an all-or-nothing choice.

In some sense, we all seek belonging in God's family — called out of our comfort zone, renamed in some cases, and admitted into the Promised Land, where we are all united with God and each other regardless of culture and race. Aren't we all sojourners in between homes?

Whether we like it or not, our names culturally position us in a public way that is open to judgment. But a name bridges the gap between the spiritual and physical. Just like our physical bodies express our unseen thoughts and emotions into the world, so too does a name take an unseen identity and personal history and present them to the world.

Our names will always be subject to others' assumptions and interpretations, but we have the choice of how we relate to our own names. Are we proud of our names? Are we victims to our sense of how others perceive us through our names? In an age of easy name changes and overnight identity transformations, what is gained or lost when we keep our names?

We have the choice of how we relate to our own names. Are we proud of our names?

I still deal with an annoying frustration when running into pronunciation issues with others, but I'm learning to value the history, family connection, and spiritual meaning of my name more than that frustration. There's an emerging sense of deep congruence between the uniqueness and meaning of my name, and my evolving sense of who I am and who I am becoming. In this world, my roots may not be too deep and my belonging might be temporary, but the deeper belonging to God and the connection to His people are establishing a new land right here and now. 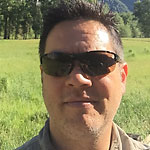 Josh Ritnimit is a member of Hapa Nation who closed the gap between Thailand and Michigan by calling LA home. When he’s not hanging out with his wife and cats, he enjoys spicy food, backpacking in the Sierras, and all things contemplative.