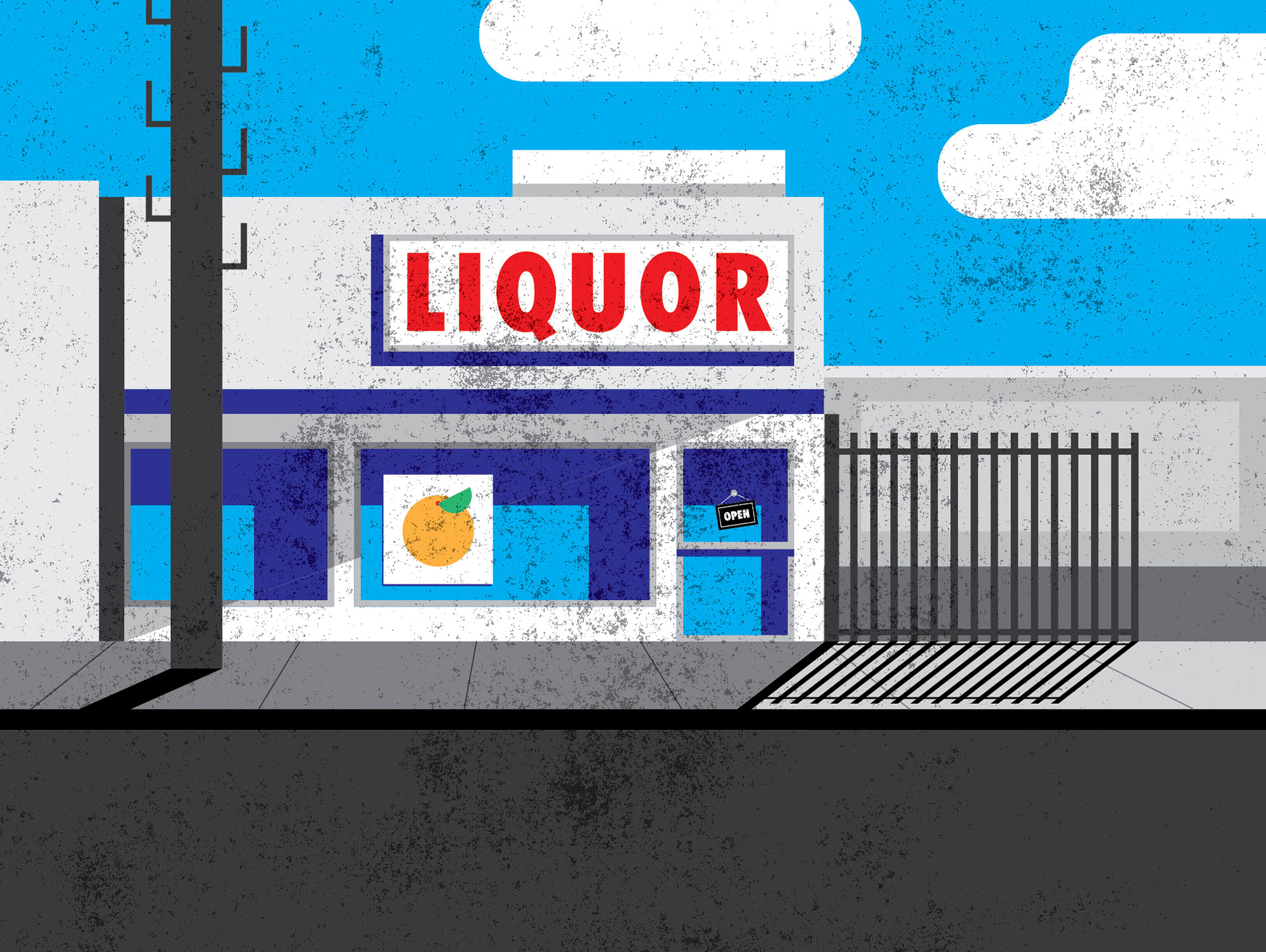 I was in sixth grade when the killing of Latasha Harlins became national news.

Latasha Harlins was a 15-year-old Black teenager who went to a Korean-owned liquor store in South Central, Los Angeles, to buy some orange juice. Soon Ja Du, the owner of the store, suspected Harlins of stealing a bottle of orange juice. A confrontation ensued in which Du grabbed Harlin’s backpack and sweater; Harlins punched Du three times to get away. Harlins slammed the bottle of orange juice on the counter and was heading out the door when Du grabbed a handgun from under the counter and shot Harlins in the back of the head, instantly killing her.

I replayed the video in my head over and over again. How could such a tragedy happen? Du was tried and convicted of voluntary manslaughter. The charge carried a maximum sentence of 16 years in prison. However, the judge decided to sentence Du to five years of probation, a fine of $500, and 400 hours of community service. The Black community in Los Angeles was outraged. Was a Black person’s life only worth $500?

This incident added fuel to the fire of racial tension brewing in Los Angeles. Black residents had been victims of police brutality for decades. Economic opportunities had been few and far between in South Central. Manufacturing jobs had left the area, leaving people in poverty and unemployment. As this was happening, various immigrant groups came in as middlemen to deliver goods to people in the community. Earlier, Jewish people owned stores in the area and had tense relations with Black residents. When Jewish storeowners started to leave, Korean immigrants took their place.

For Koreans, owning a liquor store or grocery store was a niche business that required little English skills and low startup costs. Many Koreans wanted to open stores in localities throughout the region, but they were blocked due to zoning laws and prohibitive costs of starting a business. Thus, Koreans were restricted to starting businesses mostly in areas such as South Central and other predominantly Black neighborhoods. The pernicious capitalistic and tiered system had forced Korean and Blacks together in underdeveloped neighborhoods dealing with poverty, unemployment, neglect, and racial injustice.

Many Blacks viewed Korean storeowners as leeching off of their neighborhoods. Korean-owned stores charged higher prices and often did not hire Black people from the neighborhood. Located in food deserts, Black residents’ options were restricted to liquor stores or grocery stores with limited offerings and higher prices. Moreover, ethnic tensions were exacerbated by limited language skills and cultural competencies that prevented Koreans from building bridges with their Black patrons.

The killing of Latasha Harlins added to the narrative that Black lives did not matter in Los Angeles. Koreans found themselves in the crosshairs of being pitted against Blacks when both groups were facing institutional racism and white supremacy. The media focused on the tensions between Koreans and Blacks without ever mentioning the systemic issues that had created the situation in which Koreans and Blacks felt forced to eat crumbs in their impoverished neighborhoods.

Koreans found themselves in the crosshairs of being pitted against Blacks when both groups were facing institutional racism and white supremacy.

The tragedy of Latasha Harlins reminded me of the time when the Black community boycotted Family Red Apple, a Korean grocery store near where I lived in Brooklyn, New York. The Korean and Black communities were divided over diverging accounts of the Korean store owner, who claimed a Black woman tried to shoplift, and the Black woman, who asserted the store owner assaulted her.

As Black activists protested the store, the Korean community, including my parents and their friends, felt upset that certain cultural mores were being interpreted as racism. For example, my father could not understand why Black people felt upset that Korean cashiers did not look them in the eye, as direct eye contact is considered confrontational and rude in Korean culture.

While I understood the confusion of cultural norms across communities, I also noticed anti-Black sentiments in the Korean community. I heard Korean people complain about “the criminal tendencies” of Black people and echo the Asian American model minority myth, which used Asians as a wedge between Black and white America. Instead of seeking connection with the Black community, the Korean community, including Korean churches, became more inwardly focused and galvanized to protect “their own”. This is not to say there were no individual Koreans working for racial justice; however, they were few and far between. The Korean community in my neighborhood missed an opportunity to recognize, empathize, and reckon with the pain and anger in the Black community.

The Korean community in my neighborhood missed an opportunity to recognize, empathize, and reckon with the pain and anger in the Black community.

On April 29, 1992, a jury acquitted all four LAPD white officers of brutally beating Rodney King, even though their actions were caught on tape. In response to the verdict, a small gathering of protestors at Florence and Normandy grew into a huge mass of people who rioted and lit buildings on fire. The LAPD refused to aid Black and Korean residents and instead put their resources toward protecting the mostly white neighborhoods of West LA, while parts of South Central burned to the ground.

I was shocked by the verdict and yet another example of Black lives being marginalized by a racist society. My parents were also shocked and disgusted. The LA Riots showed them that the American Dream was a lie. The LAPD refused to protect South Central residents and occupants, and prioritized white people over any people of color. No matter how much they wanted to live up to the model minority myth, Koreans would be thrown under the bus when white people were under threat. My father exclaimed that it was white people and the white power structure that was to blame for all of this. Black people had the right to be angry because of the racism that they had encountered. He finally saw the big picture and the system that had created racial tensions between Koreans and Blacks.

That day, my father fully gave up on the American Dream. He realized how a system that pitted Koreans against Blacks was fraudulent and wielded to distract each group from solidarity in their shared oppression. My father emphasized that Korean solidarity that only looked inward was not going to work. Koreans needed to build bridges with other communities. As my father watched the news with shock and tears of anger in his eyes, I saw someone who was transformed by recognizing structural racism and sharing the struggle with Black people against racism. It gave me hope for the future amidst the enormous pain of what had transpired.

Korean solidarity that only looked inward was not going to work. Koreans needed to build bridges with other communities.

During the 25th anniversary of Sa-I-Gu, I am reminded of how much hasn’t changed. While our nation continues to grapple with racism and with the prominence of the Black Lives Matter movement, it has been disappointing to see so many Koreans lacking the empathy to relate to the pain of our Black sisters and brothers. In discussions with my Korean evangelical friends, including pastors and church leaders, their responses have been apathetic, and for some, outright hostility to the Black Lives Matter movement.

Our community has come a long way; however, we have so much further to go. The American Dream is a lie that continues to create wedges between communities of color. As Koreans, we must be willing to grapple with the anti-Blackness in our community. We must be willing to repent for our sins of prejudice. Once we do this, we can work to restore bridges with our Black sisters and brothers as we openly and humbly recognize their pain. Until we reject the model minority myth and the American Dream, this solidarity is not possible.

Christian Chin is a youth pastor and a student at Seattle Pacific Seminary. He is a graduate of the University of Washington in Seattle with a degree in Asian American Studies and political science. He is passionate about exploring issues of racial justice and Asian American identity. He loves Korean dramas and is following eight different weekly dramas currently running in Korea.