Part of 4 of in
by Yulan Lin with Meg and Randy Palisoc
ILLUSTRATIONS BY MATTHEW HAYASHIDA
Jun 01, 2015 | min read
Part of 32: Welcome
0 Snaps
0 0 Snaps
Oops! Something went wrong while submitting the form.

When it comes to showing generosity, how far is going too far?

Meg and Randy Palisoc reflect on Randy’s tendency to freely give — even without always considering the social implications.

RANDY HAS ALWAYS  been generous with his time and resources. He credits his mom for teaching him what it means to be generous. “My mom said that if you have enough, then give.”

“My mom said that if you have enough, then give.”

Growing up, his mom worked (and still works) 1 1/2 jobs, yet she still found the time for others, visiting relatives in the hospital with food and generally just taking care of people. In her mind, as long as she had enough to live on, it was an automatic response to give to others.

In fact, his generosity in his early years of college led his then-girlfriend Meg to think that he was a Christian, although at that point he was not a Christian. Meg had grown up in the church and observed that Randy “embodied Jesus’ sacrificial heart and attitude”. While Randy had been exposed to Christianity through Youth for Christ in high school, he didn’t make a confession of faith. During Randy and Meg’s senior year of college, Meg invited Randy to an InterVarsity Bible study she was co-leading. Randy began attending, learned more about God, and became a Christian soon after.

His generosity in his early years of college led his then-girlfriend Meg to think that he was a Christian.

And while Randy had trouble recalling a specific incident in which his generosity had gotten him in trouble or been misunderstood, his wife Meg, on the other hand, had no difficulty remembering examples of this.

One such incident occurred when they were both studying at the University of Southern California. One of Randy’s friends had borrowed money to pay for some kind of equipment, but never paid Randy back. This meant that he not only had to pay off the purchase, but also had to pay interest on his credit card bill, which left a mark on his credit record for quite some time.

Even so, Randy did not hold a grudge and continued to give cheerfully, lending his car to friends and spending time tutoring them. Incidents like these attracted Meg to Randy. Although she describes herself as more generous than the average person, she said, “Often I didn’t have a generous heart.”

Randy did not hold a grudge and continued to give cheerfully, lending his car to friends and spending time tutoring them.

Randy’s response to being taken advantage of challenged Meg. Once while Meg was grocery shopping, a woman approached her and claimed that she had a baby (in a car, on the far side of the parking lot) who needed diapers and milk. Meg couldn’t see the car to confirm the woman’s story, but both her church and fellowship had been talking about loving and serving the poor. With all of this going through her head, Meg gave her some money. Right after the money had exchanged hands, a car drove up, and the woman got in and quickly left.

This incident left a bad taste in Meg’s mouth, because she felt like they played with her emotions and used her. For a while, she described herself as guarded in her giving: “I wasn’t going to give money ever again!”

Talking it over with one of her friends reminded her that what mattered in the incident was Meg’s actions and her generous heart. Just as we are accountable to God for the actions we take, the things we do, and whether or not we give, recipients of generosity are also accountable to God for what they do. Similarly, when we give, there’s an element of trust involved. We trust that people won’t take advantage of us, but even if they do, we trust that there is some kind of justice involved in the end. Meg says that she’s learned to respond less negatively to being taken advantage of over the years. “It’s so much freer not holding grudges and not getting upset and bitter.”

"We trust that people won’t take advantage of us, but even if they do, we trust that there is some kind of justice involved in the end."

Randy’s attitude toward generosity also led to some awkward situations with Meg. When Randy and Meg had just started dating, they went to see “Les Misérables” with some of Meg’s friends. It was a really cold night and one of Meg’s female friends was shivering. Randy’s immediate response was, “Oh, I’m not cold. Here, have my jacket.” Initially, it made Meg uncomfortable and a little jealous. Randy, said, “In retrospect, I probably shouldn’t have given my jacket to another girl.” But there was no intentional malice, and Randy didn’t stop to think about how it would look. He just saw someone who was cold, so he went with his first instinct — to give.

Right after graduating, one of Meg’s best friends from college needed a place to stay, after getting a job that was really close to Randy’s apartment. Meg recalled, “I’m almost positive that Randy told me he let my friend stay in his bedroom and he slept on the couch. He was like, ‘I can’t ever have a guest sleep on the couch or sleep on the floor!’” She had to come to terms with one of her best girlfriends sleeping in her boyfriend’s bed until she found her own place.

These incidents forced Meg to reconsider what she thought was socially appropriate. “In our society, people would say, ‘That’s not cool, you should be jealous and get upset.’ But at the end of the day, it comes down to trust.”

She had to learn that even though Randy was her boyfriend, she did not have a monopoly on his compassion and generosity. In each of these stories, after she had taken a step back from the situation, Meg felt blessed that her boyfriend was such a generous and trustworthy person. She also had to come to terms with his innocence in giving — and the ease and happiness with which he often gave, without considering the social implications.

She also had to come to terms with his innocence in giving — and the ease and happiness with which he often gave, without considering the social implications.

Meg and Randy cited their parents as people who shaped their attitude towards giving. For Meg, her father’s example helped her to be more generous. She says that her dad and Randy share the same innocence and cheerful spirit in the way they give. In Randy’s case, his mom’s example seemed to ingrain the idea of generosity into his mind. Meg observed that a part of learning generosity is having it modeled, and just as their parents taught them to give, they hope to model generosity to those around them.

Both Meg and Randy also talk about generosity as an attitude, referencing the same verse: “Each one must give as he has decided in his heart, not reluctantly or under compulsion, for God loves a cheerful giver” (2 Corinthians 9:7 ESV).

Randy argued that giving begrudgingly was not really giving and that generosity borne out of obligation was not really generosity. Rather, he saw generosity as a spirit of giving to others. When asked why he wanted to be generous, he said, “It’s something that I do without thinking about it.”

When asked why he wanted to be generous, he said, “It’s something that I do without thinking about it.”

Meg had a slightly different perspective. Although the ideal she outlined was freely giving, she likened being generous to diet and exercise. “Just because you don’t like it, doesn’t mean you don’t do it.” In the beginning, the practice of giving might seem forced, but the goal is for it to become natural, simply a part of who you are.

Once, as a school administrator, Randy had taken over a classroom of students that another teacher was unable to handle. Instead of being turned away by the stress and negativity of the situation, he was able to see beyond the rowdy behavior and have compassion on the students. Randy saw their hurt as a result of constant failure. He patiently taught the students, one math problem at a time. In the end, some of the students who had previously failed Algebra were finally able to pass. Several years later, the school held a farewell assembly for Randy. One of the students from that class went on stage and publicly apologized to Randy, in front of all of his peers.

Meg said, “How can we be generous in spirit and in kindness and in goodness and in hope?” This, she says, might be what Jesus meant in being a cheerful giver — to really give from the heart. 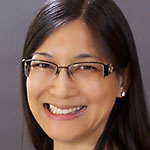 Dr. Meg Palisoc is a co-founder of Synergy Academies, whose elementary campus was named the No. 1 Urban Elementary School in America in 2013. Previously, she was an administrator at the University of Southern California. 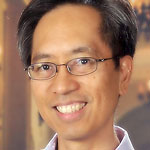 Dr. Randy Palisoc co-founded the five-time national award winning Synergy Academies in 2004. He is known for making math easy and was recently featured as a TED speaker. 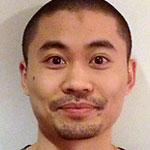 Matthew Hayashida is an illustrator/designer based in Pasadena, CA. You can see more of his work at www.MatthewHayashida.com.