To Embrace a Vietnamese Kind of Love

When the dominant culture holds the power to name what is normal and who belongs, it creates self-hatred in minority groups — and how we interact with our parents.

This was not a direction I expected as I was interviewing Vince about his father. Why did he choose those words and not something more politically correct? How were they related to his understanding of his parents?

Vince continued, "I remember seeing my white friend, Michael, interacting with his father, just shooting the breeze. They had this amazing friendship. And in that moment, I realized how much I wished I had a friendship with my father." Vince shared how he noticed the camaraderie that Michael and his dad enjoyed, the ease with which they laughed and joked together, almost as if they were friends. In contrast, he recalled how distant and authoritarian his Vietnamese father felt to him.

Up until this point in his life, Vince had never given much thought to how he was different from the rest of the kids in his school. However, as he began to spend more time with his friends and their families, dissatisfaction and envy slowly developed. A deep longing for a different love inched its way toward the surface of his heart.

"I had a really hard relationship with my father growing up. Because of his academic desires for me, I constantly felt like I wasn't a good enough son to him. I was surrounded by this white majority culture, and I found myself asking, 'Why don't I have as much autonomy as my friends? Why don't my parents love me like Michael's dad loves him?'"

Vince momentarily shifts his weight in his chair. Wearing a "Black Lives Matter" T-shirt and a grey baseball cap that hugs the top of his forehead, its bill hiked up into the air, he continues, "I think white supremacy is one of those buzzwords that people grit at. They think KKK, but I define it as the idea that 'white is right'. And because of majority culture, that means 'white is supreme'. That's the way I use it, and it's changed me."

Against the backdrop of our nation's ongoing struggles with race and physical borders, the ideas Vince was raising have elicited a wide spectrum of responses over the recent years. In a white majority context, how would his words be received? Would his perspective be palatable? Or would it be deemed too liberal, too offensive, too ungracious?

As Vince explained his take on white supremacy — not as a racist ideology, but as an unquestioned cultural assumption, often buried in the collective American consciousness — I was curious and asked to hear more about how white supremacy has affected him.

Vince is a Vietnamese American who grew up in Washington. He is the son of refugee parents who fled the war-torn nation of Vietnam in 1975, met in the U.S., and married each other.

While Vince reflected more on his relationship with his father, I began to recognize his acute awareness of culture and power. Unlike the trite analogy of a fish swimming in water, unconscious of how its surroundings impact its very life, Vince spoke with a heightened awareness of the social dynamics he lived and moved in. He pointed to how his parents lovingly provided for him growing up, making sure that he had everything he needed to succeed. He named how his parents' culture and their experiences as refugees built a strong, cohesive sense of family belonging to one another, not just until he turned 18, but for an entire lifetime.

Vince then intimated how his culturally defined desires for white parental love led him to see his parents as "Other" and foreign, as if there was a border that caused distance and repulsion toward his Vietnamese identity. In his view, this is the insidious nature of white supremacy. It reduces and marginalizes the cultures of minority groups. It creates self-hatred.

In America, our surrounding culture of white normativity alters each of us. Like any majority culture, white culture implicitly holds the power to name what is normal and who belongs. These patterns of normativity persistently show up in the differences we encounter each day, shaping our desires and our understandings. In hidden, subversive ways, they can often pit our parents' loving sacrifice and provision against the verbal "I love you"s we hear from our friends' parents.

And without critical reflection, they can become the measure we use to judge our parents, our cultures, and ourselves.

But when Vince and his wife, Sarah, who is white, became parents to their now 3-year-old son, Noah, Vince's understanding of his father and culture took a dramatic turn.

"Noah was born in 2013, and when I saw my dad interacting with my son, everything changed. I could see how much my dad loved him, the way he didn't care if my son was screaming for hours on end. He would just hold my son. And you could see compassion oozing out of him. For those few minutes, I tangibly saw how much my father must love me."

"And," Vince's voice breaks as he recalls this moment, "it wrecked me." With tears welling up in his eyes, he stops to laugh at himself. "Sorry, I'm a crier."

Vince tells me that this was the first time he learned to recognize the depth of his father's love for him. It wasn't the white American kind of love he had yearned for from his dad. Instead, this was a Vietnamese kind of love being enfleshed before his very eyes. And it was breaking through the boundaries of Vince's desires and expectations. Though it didn't magically erase the difficulties he and his father had endured together, it did enable him to see his dad from a different vantage point, one that was filled with a deeper appreciation.

This Vietnamese love was deconstructing the unilateral 'white is right' desires that had occupied Vince's heart for so long, giving way to a tangible and different hope in his relationship with his father.

But even among Asian immigrant communities, there are different ways we express and experience love, and Vince shared about the nuances he started to recognize within his own family.

"About a month ago, I had a conversation with my dad. My sister is married to Jordan, a Filipino Hawaiian. His family values independence more than mine. Once Jordan graduated, his parents told him, 'We're not paying for car expenses any longer. That's now your responsibility.' My dad was perplexed. It was unfathomable to him that parents would do that. It's so deep in his DNA as a Vietnamese man that families are connected forever."

Things can get lost in translation between Asian Americans and their immigrant parents. Living between cultures, there is only so much we can comprehend about our parents, and only so much they can share or even articulate. Yet once in a while, during a mundane family interaction like the one Vince was describing, brief and clarified vistas of another world break into our lives and surprise us.

"I remember my dad saying in his own way, 'I will never stop providing for you because you are my blood. You are my everything.'

"I don't know if that's exclusive to Vietnamese culture, but it is a part of Vietnamese culture. And it is so beautiful — so beautiful that my dad couldn't understand why Jordan's parents would cut him off, whereas with western parenting style, it's a form of love to give your child autonomy and an opportunity to grow."

With those words, I finally realize what Vince had been trying to express. He wasn't attempting to bash on white culture or denigrate its values. Instead, with deft appreciation for his wife's white culture and a redeemed perspective of his own, he was naming how any majority culture can be oppressive if room is not created for other cultures to thrive.

Every culture reflects something profound about God. In his wife's European American culture, Vince sees the generous freedom that God gives his children, and in his Vietnamese culture, he recognizes God's hesed — unwavering, unchanging faithfulness and loyalty to God's children.

A part of Vince still desires that mental image of him and his dad just shooting the breeze like friends. His story still bears the painful marks of a powerful majority culture that can blindingly marginalize and dismiss that which is different. But more and more, a new reality is replacing his idealized, childhood dream. It's Vietnamese and it's American, and it's beautiful. 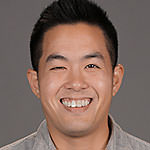 Jonathan Eng serves as a pastor with Gateway Church in Austin, Texas and loves inviting others to pursue God’s heart for reconciliation and justice. When he and his wife Gloria aren’t chasing around their little one, they enjoy traveling, diving, and chasing their dogs, Squishy and Mocha. Stay connected at jonathankeng.com. 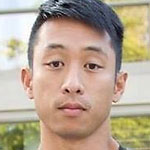 Vince Le lives in Walla Walla, Washington where he and his wife serve with InterVarsity Christian Fellowship. Both of his parents came from Vietnam as refugees in 1975. He looks forward to the birth of his second son, is not looking forward to having another infant, and loves all things soccer.