Part of 18 of in
By Milisuryani Lee Santoso
Photography by Aaron Huang
May 05, 2018 | min read
Part of 60: Here's the Thing
10 Snaps
10 0 Snaps
Oops! Something went wrong while submitting the form.

I am a first generation American. Throughout my lifetime, immigration has been treated as an issue by the media and general public, but it is much more personal to me.

My parents are immigrants from Southeast Asia. My father was born the second of 11 siblings in Indonesia, when the country was still recuperating from World War II. My father’s family was relatively poor, but surviving. With my grandparents’ reluctant support, my father left for America at the age of 17, traveling by ship, train, plane, and bus until he finally reached California. When he arrived, he didn’t know any conversational English, but through conversing with native English speakers in college, he managed to learn the language in two years. He studied while working a number of odd jobs, including an eight hour night shift in a canning factory. He eventually earned a Ph.D. in psychology and now works as a school psychologist in the Los Angeles Unified School District.

My mother grew up in a poor Malaysian community, learning how to sweet talk vendors into giving her extra food with the meager dinner and steamed rice she purchased for her family. As the fourth of five siblings, she was expected to do well in school, help with household chores, and care for her troublemaking younger sister. She was at the top of her class until college, when she dropped out of school to work for KFC (Kentucky Fried Chicken). She rose in the company’s ranks until she decided to work in the stock market. When she met my dad, she dropped everything to move to America and marry him.

I grew up in sunny California, one of America’s most diverse regions. On my block alone, there is an elderly, white Mormon couple who has lived here since the 1950s and occasionally gives us plants or fruit from their yard; a white, atheist family, who watches over our house when we’re away; a Latinx family, whose daughter I played with on her front yard as a child; and a multitude of Chinese, Filipino, Vietnamese, Japanese, and Korean neighbors.

Within three miles of my house, Christian churches and Buddhist temples stand side by side. My upbringing in such a diverse environment has helped me to be more accepting of others, teaching me from an early age to never judge a person by their looks (as cliché as it might sound).

My upbringing in such a diverse environment has helped me to be more accepting of others.

Living in America has changed my life and my future. I have attended reputable schools my entire life and learned how to communicate my own beliefs, while respecting the differences of those who do not agree with me. Every few years, I am able to visit Malaysia and Indonesia. The differences between America and Southeast Asia are incomprehensible.

My parents’ homelands don’t have a middle class; the rich live in lavish gated communities, while just outside those gilded gates, families of 10 or more people live in shacks constructed from aluminum sheets and hard-packed dirt. Knowing my parents were born into such poverty, I can see why they thought America might offer better opportunities for them.

Still, the political climate in America surrounding immigration is disheartening. The only true natives in this country are Native peoples, who were forcibly removed from their lands by European settlers. Except for Native peoples and Africans who were forcibly brought to America for enslavement, America is otherwise a nation of immigrants. Some white Americans particularly are misleading when they erase the history of their own ancestors’ migration and exploitation of American land and Native peoples.

America is otherwise a nation of immigrants.

Anti-immigrant voices criticize chain immigration, without understanding the long wait lists of 10, 20, or more years before one has a chance to gain a visa or green card. The term “chain migration” was coined in the 1960s in response to the Immigration and Nationality Act of 1965. This act allows families currently residing in the U.S. to sponsor their spouses or unmarried children for permanent residence, and appeal for parents, siblings, and adult married children. After extensive background checks to prove the relationship to the sponsoring family, the prospective immigrants are given a “priority date” and could apply for a green card when their number is called.

But the wait is long. In January 2018, those with a June 2004 priority date were finally called upon to submit their applications.

Though some people call for restrictive policies as a means of security, our country should prioritize the needs of people who are seeking the right to live, work, and participate in American society. Many immigrants face dangerous situations in their home countries, thus seeking asylum in the U.S. Some are refugees escaping war-torn nations in search of a safer home, the opportunity to live, or the hope of reuniting their family. Given familial relationships in the U.S., sponsored immigrants may have more supports for integration into the American workforce and local communities.

Our country should prioritize the needs of people who are seeking the right to live, work, and participate in American society.

While needs among various types of immigrants may vary, their presences and contributions are valuable embodiments of resilience and diverse cultures that comprise America.

My parents are two of a vast number of determined and hardworking individuals who have come to America from different nations. Millions of other immigrants have found homes and jobs in the U.S., working to support themselves, their families, and their communities, adding their narratives that disrupt and expand the “American experience”.

As the daughter of Southeast Asian immigrants, I hope that sharing my parents’ stories will not only honor their experiences as immigrants, but also empower me to advocate and push for policies that support immigrants. For my parents, coming to America offered them opportunities that their homelands weren’t able to offer during the times of their migration.

I hope that sharing my parents’ stories will not only honor their experiences as immigrants, but also empower me to advocate and push for policies that support immigrants.

Given my family’s migration stories, I am compelled by a vision in which our country is one that embraces immigrants. To do so, we must prioritize and listen to immigrants’ stories, and also counter false messages that dehumanize and mischaracterize immigrant narratives. 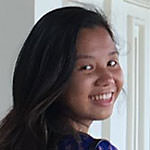 Milisuryani Lee Santoso lives in sunny Southern California, an hour from downtown Los Angeles and 20 minutes north of Disneyland. She is 17 years old and active in evangelistic missions to Mexico. She loves binge-watching classic Disney and Studio Ghibli films, reading, and working on her bucket list of traveling all over the world! In both her studies and extracurricular activities, she always tries to learn from her mistakes, keep growing, and give back to the community through serving in church and volunteerism.