Malaysia’s Legacy of Colonialism and its Profit-Making Roots

I once asked my mom, “Why is it that so many of the models in Malaysian advertisements are white or Eurasian?” “It’s the colonial mindset,” she replied. That’s her go-to response every time I point out how white people are “pedestalized” in Malaysia. Indeed, when I was traveling through Penang, I was struck by how many monuments — such as the Queen Victoria monument — were left as homages to the British. This, despite the fact that during the Japanese attack on the island of Penang, the British authorities issued evacuation orders that stated: “European women and children only.”

My Chinese grandparents were born in Malaysia during British colonial rule; my parents, a few years after independence. The legacy of colonialism still remains, particularly in Malaysia’s race relations, from the divisive frictions between the Malays, Chinese and Indians, to the “colonial mindset”.

Starting in the 1800s, Southeast Asia was effectively “carved up” by European powers for over a century: The Dutch had Indonesia; the French had Cambodia, Laos and Vietnam; the Spanish and then Americans had the Philippines; and the British had Hong Kong, Singapore, and Malaysia.

Starting in the 1800s, Southeast Asia was effectively “carved up” by European powers for over a century.

Singapore and the island of Penang were a few of Britain’s crown jewels, given their central location for shipping and trade between East Asia. The fertile lands of Malaya proved to be excellent for growing rubber trees, and its rivers were discovered to hold incredible deposits of tin. Through an effective combination of diplomatic dealings, backed by military might, Britain slowly encroached upon all of Malaysia, taking over economic planning, execution, and eventually political and legal rule.

A British lord told Parliament that Malayan businesses “have largely supported the standard of living of the people of this country and the sterling area ever since the war ended. What should we do without Malaya, and its earnings in tin and rubber, I do not know.” The demand for Malaya’s tin and rubber came primarily from the U.S., with the rise of the automobile industry and the need for rubber tires. The Korean War led to a spike in American demand for tin and rubber. And those who profited the most from Malaya’s fertile lands were British: 70 percent of rubber estates in Malaysia were owned by the British at the time — with the laborers being predominantly Chinese and Indian.

“What should we do without Malaya, and its earnings in tin and rubber, I do not know.”

While many of the Chinese laborers migrated to Malaysia to fill labor shortages in tin mines and rubber plantations, many of the Indian laborers were “imported” by the British who were ruling over India at the time.

“Our elders had watched as the British had rounded up indentured Indian labour originally brought in to work the rubber plantations,” wrote Chin Peng, the leader of the Malayan communist movement, in his autobiography. “Now unemployed and sleeping on the five-footways, the Indians, of no further use to their white masters, were promptly loaded onto freighters as deck cargo and deported back to their homeland. Things had to change.”

The communist ideologies of Karl Marx and Vladimir Lenin came to Malaya specifically through China, taking hold in the Chinese Malaysians first. But communism was also spreading like wildfire throughout Southeast and South Asia. Marx’s story of the “capitalists” versus the “proletariat” was easily transposed to the “Europeans” versus “us”. It was the white people who owned the land and the factories. They barely lifted a finger while the Chinese Malaysians worked their lands for a fixed sum. And it was the white people who profited in ever-increasing amounts.

It is not a coincidence that the “Malayan Emergency”, a war between the British and the Malayan communists, officially began with the killing of three British planters who oversaw rubber plantations. Nor is it a coincidence that communists in Southeast Asia were hugely involved with industry-wide and even nationwide labor strikes and walkouts against the colonial capitalists.

For the next decade and more, the Malayan communists targeted economic “hotspots” (or, to use Marxist terms, critical means of production) and destroyed tin mining engines, slashed rubber trees, and burned down factories in order to disrupt the economy. This sparked great concern among the British government officials, which is why, despite its devastation after World War II, Britain chose to expend $500 million a year for about seven years during the Malayan Emergency. Their imperial pride, their capital investments, and the British economy as a whole were at stake. The only reason it was called an “emergency”, and not a war, was for reasons of profit. British companies in Malaysia could not file insurance claims if the damages they suffered were due to war.

The only reason it was called an “emergency”, and not a war, was for reasons of profit. British companies in Malaysia could not file insurance claims if the damages they suffered were due to war.

The Malayan communists, or the Malayan Races’ Liberation Army (MRLA), fought from the jungles, employing guerrilla tactics that targeted British and Malay security forces, but that also sometimes terrorized the local population. They were mostly Chinese and were notoriously ruthless towards anyone who was suspected of treason. My paternal grandmother, who was a teacher, remembers a brief communist takeover of her school in which several people were killed. These tactics, along with the MRLA’s mostly failed attempts to recruit Malays and Indians, and the flood of British propaganda that smeared the communists as “terrorists” turned public opinion against the MRLA.

The official Emergency lasted from 1948 to 1960. The British realized that the way to defeat the communists, who were hiding in the jungle, was to cut off their supply of food and resources that came from local, Chinese villages in the countryside. So they set up a system of identification, where everyone had to carry around an ID card, and a large-scale resettlement program where entire villages had to give up their farms and homes in order to be resettled in urban, visible areas with strict curfews and heavy monitoring. (They would also implement this counterinsurgency strategy in other colonial struggles.)

The communists’ fight abated after the Malayan states, as a whole, gained independence on 1963, as the core of MRLA’s fight was for independence. Peng would later argue that the MRLA’s insurgency accelerated the timeline for Malaysia’s independence. But the refusal of the new Malaysian government to recognize the Malayan Communist Party as a legitimate political party led to a breakdown in negotiations, and the communist guerrilla struggle — for full racial and economic equality — continued in parts of Malaysia until 1990. Malaysia was then, and still is, a nation-state that legally and politically situates Malays as first-class citizens and everyone else as second-class.

My great-aunt on my mom’s side was one of the guerrilla fighters. The brightest and most educated of her 11 siblings, she enrolled in Nanyang University in Singapore where she was radicalized and joined the communist movement. After graduating and teaching for a few years, she decided to take up arms in the jungle in her late twenties. She died in the jungle in the spring of 1972.

My extended family talks about her death as a tragedy; they see her as a victim of “brainwashing by the communists”. I hold a different view of her — I’m a card-carrying member of the Democratic Socialists of America (DSA) — but at the same time, I am a little relieved that the communists never took over Malaysia. What if my home country went the route of Mao’s Great Leap Forward? Pol Pot’s collective farms? All disastrous national policies enacted in the name of communism.

I have found no public record of my great-aunt nor do I have insight into why she did what she did; my search into Malaysia’s communist history is my way of filling in the blanks of her life. But in an odd way, my fundamentalist religious upbringing helps me understand the communists’ zeal. Peng wrote that “Conversion to communism is as strong as religious conversion. It provided a faith and a belief in a system, which, at least to the convert, appears as the incontrovertible path to what is right and fair among human beings.”

“Conversion to communism is as strong as religious conversion. It provided a faith and a belief in a system, which ... appears as the incontrovertible path to what is right and fair among human beings.”

Communists and socialists have their “sacred texts” and “traditions”. Like religion, socialism provides an ideology that interprets history and present reality, and lays a normative path forward for all humankind. Like church, organizations like the DSA offer membership into a global and historical community of people who are bound together, despite different identities and experiences, by their shared position. Religion, at its worst, prioritizes itself above the lives of people and coldly treats humans as a means towards an abstract, idealistic end; as does socialism, at its worst.

But at their best, they work toward the liberation of humanity. The Psalms are full of verses of the poor and oppressed crying out against the rich who “lurk that they may seize the poor”; the prophets, such as Amos and Micah, call out the rich for “trampling on the heads of the poor” and “defrauding men of houses”; the author of the book of James castigates the rich, warning them that the “wages of the laborers who mowed your fields, which you kept back by fraud, cry out”.

We are all equal in the economy of grace, but the God of our Bible exercises an unmistakable preference for the poor and the marginalized. And the question that remains for us, today, is the following: Is our current economic system oriented toward the poor or toward profit? Is there a better way? I believe there is.

Is our current economic system oriented toward the poor or toward profit? Is there a better way? 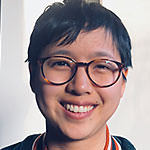 Kai Lin Ngu is a freelance writer based in Brooklyn, NY. She is a co-founder of Church Clarity, host of Religious Socialism podcast, and deacon of Forefront Brooklyn Church.