Faith and Activism, Step by Step

Part of 2 of in
by Alisa Wong with Todd Endo
courtesy of the japanese american citizens league; photography by vincent wu
Jul 01, 2015 | min read
Part of 33: Black Lives Matter
61 Snaps
61 0 Snaps
Oops! Something went wrong while submitting the form.

LOOKING AT A PHOTO FROM 1963, you can spot Todd Endo with his mother and other Nisei, second generation Japanese Americans, around his mother’s age. They were gathered at the March on Washington for Jobs and Freedom in Washington, D.C. Todd, then 21, recalls being the youngest.

On August 28, 1963, a quarter of a million Americans rallied in front of the Lincoln Memorial to raise awareness of the social and political injustices African Americans continued to face 100 years after the Emancipation Proclamation. Black people and white people gathered together for the ongoing Civil Rights Movement of the 1960s. Todd and his mother marched with the Japanese American Citizens League (JACL), the only known Asian American civic organization that participated. The JACL, established in 1929, was among other independent Asian American individuals and church groups.

But unknown to Todd at the time, he was just one of many of his college peers who were part of the march. Todd, now 73, said with a chuckle, “It was not a hard recruitment”.

A year before the March on Washington, Todd won the youth oratorical contest at the JACL National Convention, addressing the theme, “To Bridge and To Build”. He described the role of the JACL and Japanese Americans, as “one of the earliest and most established Asian immigrant groups in the country, should be to bridge across to other groups and to build together around common issues that are moving forward.”

These common issues were the big socio-political issues in the public arena.

But even as there was a spirit of activism, it was not the JACL that Todd felt impacted by as he stepped into the Civil Rights Movement. In fact, during the movement, another debate was brewing within the JACL.

From Todd’s perspective, “the perennial issue in ethnic organizations” was determining how much priority to put into building the internal organization versus associating with other ethnic groups in pursuit of common issues.

“The perennial issue in ethnic organizations” was determining how much priority to put into building the internal organization versus associating with other ethnic groups in pursuit of common issues.

But to his surprise and deep appreciation, the JACL provided Todd with an airplane ticket to stand alongside African Americans once again. In March 1965, Todd joined the fight for their voting rights in the Deep South — Selma, Alabama. He was one of only a few Asian Americans there.

Todd was born in Los Angeles in 1941 — 23 days after the Japanese attacked Pearl Harbor. For nearly the first three years of his life, Todd lived in an internment camp for Japanese Americans, after Executive Order 9066 in 1942. Todd’s family then moved to the D.C. area, where he has lived ever since, and where he was around few other Japanese Americans. Growing up, his grandparents talked to him about their internment experience and “the injustices the Japanese Americans faced in American society”. But it was through his mother, who “instigated” their participation in the March on Washington in 1963, that Todd learned not to focus on Japanese American affairs alone.

It was through his mother ... that Todd  learned not to focus on Japanese American affairs alone.

In the summer of 1964, Todd had worked as a community organizer in D.C. with three churches — Episcopalian, Catholic, and Unitarian — where he met James Reeb, a white Unitarian minister. “[It was] pretty clear that working in that neighborhood was part of the Christian mission of these three churches, and they worked together.” Todd felt a part of that ecumenical work.

Todd became more passionate about activism after hearing that Reeb had risked his life as a non-Black person for something bigger than himself and been killed in Selma by segregationists. Consequently, Todd also went to Selma, not because of his ethnic heritage, but because of the influence of Reeb. He was a graduate student at the time.

When Todd arrived in Selma, much of his time was not spent solely marching, as they were banned from marching until federal protection arrived. However, the events and people of Selma shaped Todd’s career as an activist. He attended the worship services and rallies at Brown Chapel — his “ideal combination of religion and politics”.

It’s hard for Todd to recall exactly what he believed 50 years ago, in terms of his faith and how it related to his participation in the Civil Rights Movement. As he looks back, he notes the major aspects that made up the bigger picture.

In recognizing that Dr. Martin Luther King, Jr. was foremost a “minister of the gospel”, Todd saw the Civil Rights Movement as heavily influenced by Christian leaders. He emphasized that the Selma demonstrations were put together by organizations headed and staffed by Christian ministers. And even before and after Selma’s Bloody Sunday, people of different faiths journeyed there in response to Dr. King’s call for increased support for ministers. To Todd, this integration between faith and action was essential.

And even before and after Selma’s Bloody Sunday, people of different faiths journeyed there in response to Dr. King’s call for more support from ministers.

“I go back to Selma in 2015 and think back to 1965 when there were zero Black voters registered in two neighboring counties,” Todd said.

“And there was this huge resistance to voting for Black people and the whole Civil Rights Movement in desegregating legally things like schools, housing, and farming. I would say now — and I’m pretty sure I would say then — I cannot understand how any Christian could be on the other side. To me it is a direct call of Jesus to be on the side of the poor, the disenfranchised, and the oppressed. And in the South in 1965, it was so clear that it was African Americans who were poor, disenfranchised, discriminated against, and oppressed.”

“When I was 18 — well I had to be younger than that, let’s say 14 — I wanted to be a professional athlete,” Todd said. “I played basketball all the way through my youth, high school ball, and college ball. But I didn’t have the skills or ability to be a professional basketball player. Even though I had the passion, I didn’t have the skills to go with it. I could coach, which I did in soccer. There’s a passion and certain levels of skills. But the main thing then is, how does that combination serve the interests of others, not just yourself?”

In the game of “making it”, it can be hard to combine material aspirations — money, status, a step up the corporate ladder — with one’s life mission. In regards to younger generations working toward social change, a commitment to “my ego, my aspirations, and my dreams” is difficult to hold alongside a social conscience, according to Todd.

A commitment to “my ego, my aspirations, and my dreams” is difficult to hold alongside a social conscience.

For himself, Todd never had material motivation in college or career. He said he always had more than he needed and gained more than he expected.

“If you then choose to be motivated by social conscience, social issues, or justice issues, then there are a lot more decisions to be made.”

Meanwhile, among Todd’s children and grandchildren’s generations, he sees a lot more of what he calls “bridging and building”. Being Japanese American or Asian American doesn’t seem to be “primary or even important” to his own multiracial family and their careers.

Expanding on his comment about bridging and building, Todd said, “It could be more than pan-Asian, or Asian American in general, or it could be expanded to minority groups beyond Asian Americans to Latinos, to African Americans, Native Americans — much broader than that — that we’re all part of humanity.

“What is your passion? What skills do you bring to whatever that passion is? And how does the social gain, or whatever it is you do, serve the interests of others? What are the choices you are making for your mission in life?

“I realize that my career choices fit within that,” Todd said. “I don’t think I thought about it that carefully when I was 23 or maybe even when I was 33! It certainly continued when I was 43, and definitely 53 when I retired from one career and started another one working in the immigrant community.

“And it continues today when I’m 73! I’m still asking that question. What’s your value added? What do you bring to the table?"

"What’s your value added? What do you bring to the table?"

imprints of the past

In the past couple of years, Todd has been adding more value. Since returning to D.C. and Selma to commemorate the Marches’ 50th anniversaries, Todd has also been developing a greater appreciation for his mother and her side of the family, whose culture and personality was totally different from his father’s side.

Todd’s maternal grandparents were children of farming families in Japan, whereas his paternal grandfather was from “the remnants of the decadent aristocracy” ­— Japan’s overthrown samurai class of the 19th century.

“My grandfather had no skills,” Todd said laughing. “He was a member of the noble class that was used to being served and had a very different personality. During the three years he lived with us, I don’t remember him saying a word to me. He probably did, but I have no recollection of interacting with him. He didn’t seem to care about anybody else around him. Very different from my mother’s side.”

Each of us is influenced by our family in many ways. What Todd learned from them was important in helping him understand his moral and religious framework. From old pieces of information, he is still discovering what prepared him for his life both in the 1960s and today. 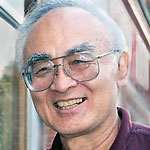 Todd Endo is reflecting on the whirlwind of activities he recently participated in related to the 50th anniversary of the marches in Selma. He’s thinking about what’s next in life, asking again, “What do I want to do when I grow up?” at the intersection of politics and religion. 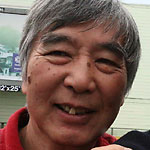 Vincent Wu immigrated to America when he was 9, lived in New York City until 1955, and then went to San Francisco Chinatown. He attended University of Illinois for graduate studies, and that’s where he went down to Selma, AL in March 1965. The 50th Anniversary of Selma was a moving reminder of the progress and enduring quest for justice in America.