The Intersection of Faith, Research, and Home

Part of 4 of in
By Jonathon Sun
Illustrations by Hwanhee Kang
Jan 15, 2018 | min read
Part of 59: A Peace Apart
64 Snaps
64 0 Snaps
Oops! Something went wrong while submitting the form.

I am in Columbia, Missouri, sitting in a beautiful sanctuary with rows upon rows of chairs filled with people. Voices, instruments, and spirits blend together to create the ideal Sunday worship. People are standing, some lifting their hands, while others are silently taking it all in.

Meanwhile, I am sitting in my chair furiously typing away, trying to figure out, “What’s wrong with me? Why do I not feel at home? Why do I feel wrong?” The more I type, the more questions I have and the more conflicted I feel as to why I came to this church today. Why am I attending this white megachurch five minutes away from my house instead of the Korean church 10 minutes away?

As I become engulfed in these questions, my research topic — Asian American identity resilience in post-colonial institutions — rises into my head. Further questions begin to populate my brain. Am I being hypocritical to my research? If I am about decolonization, then why am I in this white space? Do I even belong here? As I reflect on these questions, I am reminded of my home church and my desire to return home.

My home church in Ohio is a place where I learned what it meant to be Korean. I learned the Korean language, I ate dwen jang gook (soy bean paste stew), and I celebrated Korean holidays. However, as I grew older, I began to notice some of our church practices were not really culturally Korean. Outside my church, I learned about how Christianity was introduced to Korea in a colonial context, which led me to consider how that came to be. With all these different pieces, I sought to understand how Korean American identity resilience was built within the Korean American immigrant church.

My home church in Ohio is a place where I learned what it meant to be Korean.

In many ways, Korean churches cultivate community through Korean culture and values. One example is through the formation of cell groups, which are small groups of families that are grouped together to study the Bible and share life. I remember my mom bringing me to cell groups where I would see an array of different Korean foods and other individuals who were like family.

I remember when I graduated from high school and each student received a Korean-English NIV Bible. Although I am unable to understand the Korean side of the Bible, I still bring it to any church I attend. It reminds me symbolically to never forget where I come from.

It reminds me symbolically to never forget where I come from.

I recall having to help with set-up, teardown, and cleanup as a part of my community. I remember staying an hour after lunch to help wash dishes, start the laundry machine, wipe down tables, and put away tables. While these tasks seem mundane, they were important to me because I was engaging with my community and learning to serve others.

Although some of these community features are not exclusive to Korean churches, such as cell groups, they provided the environment to engage with Korean culture. Cell groups were a space to get to know the Korean community because for some people, this space may have been the only space to meet with other Korean people. This may have been the one opportunity for people to eat japchae (sweet potato noodles), or mandu gook (dumpling soup), and the one space where people could vent about their problems and not have to explain why they felt certain emotions, especially related to racism or discrimination. Cell group was an opportunity to simply be one’s Korean self and not have to worry about being different.

Cell group was an opportunity to simply be one’s Korean self and not have to worry about being different.

On the other hand, there can be elements of Korean churches that reinscribe dominant white Christianity. The Sunday school curriculum in my home church, for youth ranging from kindergarten to 12th grade, all presented a non-culturally specific Jesus, which is the white Jesus, and biblical teachings that do not consider Korean American-specific lens, experiences, and social locations. Though our church classes were initially focused on primarily Korean-speaking congregants, with one or two classes tailored to English-speaking congregants, over time, the composition switched, and now, classes are geared primarily for English-speaking members, with one or two tailored to Korean-speaking members.

Life as a Researcher

The questions that I had during my time at my home church guided me to my current research topic, Asian American identity resilience in post-colonial institutions within the field of Post-Colonial Christianity. As Christianity was introduced to Korea during an era when Western European powers were colonizing the world, the religion made its way to Korea as an intellectual idea first rather than a spiritual or religious idea. Christianity was perceived as a liberating political belief in contrast to Buddhism, which was seen as a way to silence political turmoil (from a Western Democratic lens). This helped the spread of Christianity around Korea.

Christianity made its way to Korea as an intellectual idea first rather than a spiritual or religious idea.

Although Christianity brought some sense of movement toward political equality (though that was a fraught and arduous development over many decades and is still ongoing), it was also a Western idea that came with Western culture. Although the role of Westernization for change in Korean democratization is contestable and controversial, the reality of it endures in the existences and practices of Korean immigrant churches in the U.S.

Knowing this context and thinking about some of the practices at church, I could not help but be worried and amazed at my church. How is it that they were able to navigate being in the United States, practice Christianity, and continue to be Korean? It is immensely difficult to be resilient in a sociocultural environment where history (Christianity as a colonial force) and the present (living in the United States) ask Korean immigrants to live their lives differently from their cultural roots. What is home to me, given the paradox of the Korean American immigrant church as a theological, social, and cultural site?

How is it that they were able to navigate being in the United States, practice Christianity, and continue to be Korean?

These ruminations of my faith in the intersects of research and my home church jolt me back into the Sunday service in Columbia. I look up and I see a white man preaching to other white people. I think about the questions from earlier that persist: Why do I not feel at home? I realize it’s because this is not home. There is no dwen jang gook. There are no rows of tables that I have to help clean up, and there is no one who understands the contradictory identity of being Korean and Christian. But why do I feel conflicted?

It’s because this church does not look like my home, but the message (or theology) sounds like home. I look at my Korean-English Bible again and think once again back to my topic, what does Asian American identity resilience look like here, in Columbia, Missouri? Am I being resilient? 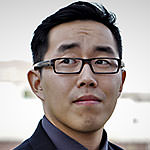