Twenty-Nine Questions to Consider on Capitalism

‍When I was about 7 years old, I remember feeling very distraught as I questioned why houses in the hills were much nicer than the houses on the boulevard. Our home overlooked Echo Park and downtown Los Angeles, and we could hear the roar of a Dodgers game and see fireworks from the stadium on certain occasions. And every holiday season, Mom would help deliver food baskets to families who lived in the boulevard homes. Sometimes, they were fellow classmates from Elysian Heights Elementary School. I also remember becoming friends with Oscar, who aspired to join the “pee-wees” of our local Echo Park gang.

As a pre-teen, I enjoyed the safety of a Little Tokyo-based Japanese American Church youth group. My folks weren’t members, but I think they liked the idea of my being around Girl Scouts and nice clean middle-class churchy kids. About half of me enjoyed the goofy games and songs; the other half thought it was stupid and shallow. On some level, I knew Oscar would not be welcomed. He didn’t look or dress like a middle-class JA. He dressed like a cholo.

At the age of 17, I joined the Little Tokyo People’s Rights Organization (LTPRO), thanks to the urging of very politically active family members. I learned about Marxism, and the fundamental difference (and division) between activists who marched to the civil rights agenda, and those who lived for a socialist revolution. This was my introduction to finding language for classism and its interconnectedness to racism. I ended up leaning into Marxist or “League of Revolutionary Struggle” ideology more than that of civil rights. It is friggin’ hard to be a Marxist when you live and work in a capitalist society. I recall working on our newspaper, the Nikkei-Sentinal, which was loosely modeled after Gidra (a fierce and piercing political publication coming out of the University of California, Los Angeles’ Asian American studies). I knew that the church I had attended was right next to the community center where LTPRO met. I saw it this as a juxtaposition between those who seemed to want to separate themselves from sisters and brothers living two blocks down from skid row, and those of us doing some really gritty work to impact the oppressive manifestations of capitalism.

During those years, I trained in kung-fu with brothers whose last names include Ishii, Furutani, Soo-Hoo, and Kochiyama. Yeah, badass for sure. Our little gym was a stinky windowless garage, and all of the apartments on top of us were rat- and roach-infested. These warriors in Chinatown were not aspiring to be bankers, doctors, or financially successful, but rather, brothers who confronted all of what had been normalized through centuries of indoctrination.

I wondered why the seminary did not treat these doctrines with the same gravitas as the theological frameworks from European- or American-born men.

Ever since those formative days, I find myself reflecting about how capitalism literally infiltrates all aspects of daily life. And throughout my time at Fuller Seminary, I dove into the needed language of Christian theologians — Howard Thurman, Gustavo Gutiérrez, Soong Chan Rah, Mark Charles, James H. Cone, Miguel A. De La Torre, Renita J. Weems, and Davina C. Lopez, just to name a few — that shed light like nothing else I had heard, read, or sang. I wondered why the seminary did not treat these doctrines with the same gravitas as the theological frameworks from European- or American-born men.

So, it was during my time at Fuller that I pieced together a workshop that continues to evolve today. It’s called “Where’d you learn that?” Here are some of the questions that I hope will lead us into a space of reflection and perhaps add to transforming ourselves, our beloved, and the parts of the world that God has entrusted into our care.

Where’d you learn that?

Reflect on faith tradition and teachings 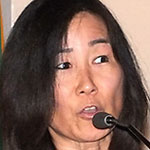