One Movie at a Time

Like her great-great-grandfather, Rachel finds herself in position of being both beneficiary and benefactor — but she’s trying to change the narrative.

THERE WAS A TIME when Asians weren't considered the model minority. Rather than being maneuvered to be pitted against other minority groups, the early wave of Chinese immigrants were considered a direct threat to white populations, reportedly stealing jobs away from many white laborers.

My paternal great-great-grandfather, Back Hin Moy, was one of those immigrants, who later became both a benefactor and beneficiary of a system that exploited his very own people.

His journey began in 1868 when he went from southern China to Portland, Oregon. Just 20 years old at the time, he was so weak that he had to be carried off the boat by one of
his relatives.

Eventually, he got a job working for Federal Judge Matthew Deady, earning a mere $6.00 per month. Judge Deady suggested that he go into business for himself, and after a number of years, my great-great-grandfather left to become an entrepreneur. Following his first venture in the import and export business, he soon became a labor contractor for several railroads, including the Great Northern Railroad and Union Pacific Railroad.

It's possible that up to 1,200 Chinese died as a result of the working conditions on these railroads. While that figure is an estimate, it is clear that the situation was more difficult for the Chinese laborers than their white counterparts. Along with the day-to-day physical dangers of the work, Chinese laborers would often work longer hours, receive less pay, and had to pay for their own lodging, food, and tools, all of which were freely provided to white laborers.

The truth is, my great-great-grandfather was both a self-made man and someone who was part of a system that made it difficult for his own people to climb their way out of poverty. In a system that oppressed those who looked like him, he did his best to provide job opportunities to those who wouldn't have them otherwise.

I don't know if my great-great-grandfather was at times motivated by pride, guilt, or sheer integrity. But I don't envy his position: to hire those in need of a job knowing that they might suffer under intolerable conditions and possibly death, or to refuse to hire them based on a moral high ground, but then possibly doom them to further economic deterioration.

In the 1860s through 1870s, anti-Chinese riots arose because white laborers tried to forcibly expel Chinese men from their cities, and my great-great-grandfather used his own money to feed, clothe, house, and transport many of the Chinese out of the area. He personally supervised the situation and helped achieve peace between the Chinese workers and the white laborers in Portland and Tacoma, Washington. He continued to do the same type of work, helping his fellow country men, in Vancouver, British Columbia. During the 1906 San Francisco earthquake, he was appointed by the Chinese government to help provide direct relief to those suffering. For this, he was recognized by both the Chinese government and U.S. Secretary of State Elihu Root. As a businessman, he was the president of Twin Wo Company, Western American Company, and Oriental Investment Company. He was officially named consul by the Chinese government in 1933, shortly before his death in 1935.

His success as a labor contractor provided an elevated status level and income that few Chinese at the time enjoyed; it also gave him the opportunity to use his money and resources to aid Chinese people in vital ways. In a political era that devalued the contributions of Chinese immigrants, he was caught between being both a financial beneficiary and financial benefactor.

But what is evident is that even with his best attempts, he was still bound by the rules of an America that viewed Chinese immigrants as a growing threat to a white majority. And the truth is that the systematic social oppression that my great-great-grandfather faced is still what I face in America today, even though we were born over one hundred years apart.

Through hard work and luck, I, too, have been able to live my own American Dream. I work at a wonderful independent film production company, where I have had the opportunity to create grounded, truthful narratives that bring to light the positive aspects of the human condition. However, I find myself in a similar predicament as my great-great-grandfather.

The entertainment industry is still a white majority world. Asian Americans are still outsiders — immigrants to the silver screen. And even when our stories are told, we're replaced by non-Asian actors who neither understand our experiences nor the cultural significance of what it means to see an Asian American on the screen.

Similar to my great-great-grandfather, I am in the position of being both a beneficiary and a benefactor. I'm lucky to work for a company that values my own unique perspective; yet I know I'm part of a larger system that still devalues the contributions of my fellow Asian Americans. Too often have I attended a screening or an event where I'm told that my opinion matters, only to look around and realize that I'm the only person of color in the room. It makes it hard to believe that the voice of your community matters when you're one of the few invited.

history is played out

The passing of the Chinese Exclusion Act in 1882 made it difficult for any Chinese already settled in the U.S. to return back home to China. It also excluded them from becoming U.S. citizens, which meant that my great-great-grandfather remained a permanent alien up to his death (the Act was finally repealed in 1943). Though his personal, financial, and social contributions were appreciated, he lived his entire life in a reality where his community was labeled as an outside threat.

Like him, I'm stuck in this systematic purgatory that neither propels me forward nor kicks me out, where my ideas and cultural perspective are valued yet still pushed aside for the sake of what is considered mainstream. So instead, I'm doing my best to change
that narrative.

Choosing to work in the entertainment industry is one way to do this. The reason why there aren't as many Asians on camera is because there aren't enough people writing the roles, choosing the stories, and casting the actors. When you're the only person of color in a room, it makes you acutely aware that you have a different perspective. Without that perspective, it's easy to become exclusive.

I realize this isn't a common profession for most Asian Americans. I was lucky to have parents who supported my own creative endeavors and saw the value in working toward more equal representation on screen. On some level, perhaps they supported me because they, too, feel deeply embedded in America's history and desire the same things. But as a community, we need to encourage one another to take creative risks and recognize that not all of us are meant to follow the same path.

And it doesn't stop once we're finally in the room and included in the process. Whether or not you're in a creative field, the best thing you can do is support art that is relevant to the stories of other minorities to ultimately appreciate the stories of all people.

It's easy to find the latest Marvel movie showing at a nearby theater or the most recent Tom Cruise flick — there's nothing wrong with that. But those aren't the places to expect new stories or find new voices. We could be watching shows like "Master of None" on Netflix that feature the stories of both a first generation Indian American and Taiwanese American. Or shows like "Transparent" on Amazon, centered on a transgendered Jewish father coming to terms with his gender identity for the first time. Or movies like the recently released "Loving", about the 1967 U.S. Supreme Court case that deemed the prohibition of interracial marriage as unconstitutional.

As minorities, we know what it's like to feel marginalized and invisible. So let's change that by engaging in media that supports the people, stories, and causes we care about, and includes rather than excludes our own selves.

Tags:
Anti-Asian Racism
Immigration
Read the rest of the series
No items found.
102 Snaps
102 0 Snaps
Oops! Something went wrong while submitting the form. 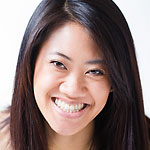 Rachel Changchien works at Beachside Films, where she has helped produced “Tig”, “People, Places, Things”, “Miss Stevens” and was recently an associate producer on “Morris From America”. She is the summer fellowship director for the Jubilee Project, and in her spare time, she loves to eat shrimp tempura udon and drink almond green tea boba with her husband.