Part of 7 of in
by mark redito
PHOTOGRAPHY BY FRANZ SCHOENFIELD, COURTESY OF LIKIDO
Jan 01, 2017 | min read
Part of 51: Smash
13 Snaps
13 0 Snaps
Oops! Something went wrong while submitting the form.

IN MANILA, PHILIPPINES, race wasn't something I thought about much.

I didn't grapple with issues of culture and racial identity because everyone around me was Brown. I never felt ashamed of the type of food I ate, the way I spoke, my stature, or the color of my skin. I saw faces like mine wherever I went — in my neighborhood, my school, the music scenes I was part of, popular media.

I never felt ashamed of the type of food I ate, the way I spoke, my stature, or the color of my skin.

That changed when I moved to Southern California in the fall of 2008. I experienced my first racist encounter, which opened my eyes to my own Brownness and Otherness. While trying to enjoy an evening stroll with my girlfriend Susan in Los Angeles, a car full of young white boys pulled up next to us. With their windows rolled down and their eyes pulled back, they yelled "CHING CHONG!" looking straight at us.

An intense wave of emotions swept through my body. My knees locked and I froze. I was shocked, disturbed, and confused. I didn't know whether I was feeling more embarrassment or rage. I looked to Susan wondering how I should react but her eyes just told me, "Move on, don't engage."

I was shocked, disturbed, and confused. I didn't know whether I was feeling more embarrassment or rage.

As years went by, yielding to this advice became easier but no less painful. Disengaging became a quick ticket to avoid facing the layers of anger and frustration I felt for the prejudice and racism against me. It also kept me from confronting my embarrassment of being Filipino, or the "Other".

Everyday reminders of being an outsider came in subtler ways. When white people complimented me on my good English or asked me where I was "really" from, I let it go. When they scrunched up their faces and asked if I've ever tried balut, or beamed about loving "lompya" (lumpia), I simply nodded and moved on.

As a first-generation immigrant who came to the United States in my 20s, I had to learn how to assimilate into American society. Before coming here, I thought it would be an easy transition. I grew up consuming music and movies from the States. I had family here. I ate SPAM.

Still, the move was more of a culture shock than I ever imagined. It was difficult to connect with my peers. I often found myself swimming in their pop culture references, trying to find something to latch on to. Slang and colloquial language were completely lost on me. I tried really hard to conceal my accent. I trained myself to pronounce words a certain way — bending and twisting my tongue to sound more American. And I was hypersensitive about anyone calling me out on words I mispronounced or phrases I stumbled on. I felt constant pressure to be loud and social.

I often found myself swimming in their pop culture references, trying to find something to latch on to.

The isolation and vulnerability slowly began to erode my core. I remember being proud of who I was back home. I was confident, bold, and outspoken, but now I struggled with an unexplainable and unsettling shyness.

One of the most frustrating things for me was trying to articulate my feelings. It made it hard to share my experiences with the closest person in my life, Susan. Words fell short when I tried to express the pressures of living in the States as an immigrant; or how disheartening it was to feel disadvantaged and powerless because of my outstanding brownness in a society that privileged whiteness.

I felt shut out by the people around me when my cobbled-up sentiments were met with Christian platitudes to refrain from anger, show grace, and remember that I was still blessed.

I felt shut out by the people around me when my cobbled-up sentiments were met with Christian platitudes to refrain from anger.

As time went by, my deep-seated emotions began to boil over. I became more and more angry with white supremacy. I was angry that people of color and immigrants didn't have the same access to wealth and success as their white counterparts. I was angry that when people think Filipino or Asian American, stereotypes and tired tropes are the first things that come to mind. I was angry that mainstream media lacked voices that challenged the status quo.

I was angry that I felt alone, unsupported, and inadequate with my words to address these issues. I was frustrated that there weren't safe places to talk about these things. I eventually found myself misdirecting anger and resentment toward my friends for their whiteness.

It wasn't until 2013 that I was able to completely process what I was feeling. A sermon series on race and immigration at my church opened up the doors to begin identifying and naming my struggles. It was empowering to hear that God cared for people like me, and that He even had a preference for immigrants and the marginalized.

It was empowering to hear that God cared for people like me, and that He even had a preference for immigrants and the marginalized.

I started educating myself on social justice and race issues. I began to feel equipped with new terminology and historical stories to back up the isolating and alienating experiences I lived through.

I learned about microaggressions, cultural appropriation, white privilege, cis privilege, decolonization, and colorism.  I found out about feminism and the concept of intersectionality. I discovered how social categories and identities like race, gender, nationality, and class interconnect and overlap with each other and how this informs systemic injustice and oppression. I devoured articles and read books like "America is in the Heart", a semi-autobiographical novel by Carlos Bulosan about his life as a Filipino immigrant in the 1940s, and found so many parallels to my own experiences.

As I grew in my journey, I began to embrace the anger I had. I started to mobilize it to address the disparities I saw in my culture. The language I acquired and the stories I read about empowered me to do something for myself and others like me. I began a secret Facebook group for creative QTPOC (Queer, Trans, People of Color). It started with a few "woke" friends of mine, who in turn began inviting their friends. Currently, we are almost 200 strong.

I began to embrace the anger I had. I started to mobilize it to address the disparities I saw in my culture.

It's been a safe space for us to talk about current issues that affect us, art, music, and culture, as well as our daily experiences living as marginalized folk. I've found so much solidarity in this beautiful community. Being able to name our pain and have the community understand was an important part of my journey toward healing.

One of the discussions we regularly had, as many people in the group loved music, was around electronic/dance music and club culture. These discussions were important to me since I understood the landscape of the scene.

It is generally known today that the electronic dance music scene is predominantly white, male, and straight, despite its history of being championed by the Black and Brown queer scenes in New York in the '70s. Female artists in the group frequently shared about their experiences with misogyny and fear for safety within this male-dominated club culture.

As someone who is part of the scene and has a platform to make a difference, I realized I had to do something. I saw the opportunity to convert this energy, this righteous anger, into something that could potentially benefit people like ours in the dance community. Dramatic shifts were happening in my identity and thinking. The realization that my artistry is intimately connected to my activism was solidifying.

The realization that my artistry is intimately connected to my activism was solidifying.

In the summer of 2016, I started "Likido", an electronic music event that spotlights people of color, women, and queer DJ/producers. It's a positive, inclusive space I envisioned where artists and audience members could enjoy music and feel celebrated in their true, authentic selves. It's a platform that hopes to inspire people to pursue what they're passionate for by seeing reflections of themselves in the artists we feature. Each lineup is curated by me, and I make it a point to talk to each artist to share their unique story with the community.

Our first event was amazing and was met with an outpouring of support via social media. It was meaningful to hear the genuine responses from artists and showgoers who were excited that they could call Likido their own:

"Likido ... offers a prime opportunity to give these amazing producers and DJs that are in groups that are normally misrepresented a place to be themselves and share their art with people who will listen and understand." (tdoyle)

"You're free to express yourself and you're not held back by this fear that you're going to be judged or discriminated against or hated even because of it." (Omni)

Today, with community by my side, I can no longer afford to "move on, don't engage".

For me, boldly existing, reclaiming spaces, and decolonizing via art and music movements are ways that I feel called to channel my righteous anger in a positive way that contributes toward liberation from oppressive labels and systems. We must move and we must engage together. 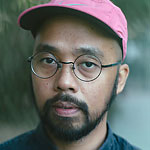 Mark Redito (fka Spazzkid) has one of the most positively charged and energetic live sets of any electronic artist hailing from Los Angeles right now. Focusing in on hyper dance, J-pop-inspired bangers, Redito grabs influence from a wide assortment of genres to create an ever-evolving world of intimacy, intensity, and playfulness that’s rarely seen in dance music.