Our Grandmothers are Fighting to be Heard

IF YOU'RE LIKE ME, you've watched a healthy amount of Korean drama. Korean dramas are notoriously addictive, despite their often-predictable storylines.

Surprisingly, many of them do a masterful job of speaking to the real tensions that divide the Korean peninsula, both past and present.

All of the familial division, the painful miscommunication, the betrayals — they are all deeply rooted in Korea's history, especially from World War II to today. Division has become a part of Korean national identity, down to the very way Koreans tell stories. The history of Korea as a whole is drama on an international scale, so it's no wonder Korea's shows are, too.

Division has become a part of Korean national identity, down to the very way Koreans tell stories.

Just one aspect of this Korean drama played out in real life is a misunderstanding that spans more than 60 years and has torn apart millions of families: "comfort women" seeking reparations from Japan. These women — now grandmothers — seek reparations and public acknowledgment for being kidnapped and forced into sexual slavery during World War II.

These women — now grandmothers — seek reparations and public acknowledgment for being kidnapped and forced into sexual slavery during World War II.

After an education and exposure trip to North Korea, and as I began uncovering my own grandmother's struggle with war and division, I was inspired to shoot a documentary with my godsister on the comfort women issue. Through this six-year filmic journey, we traveled across Asia documenting the horrific stories of survivors and eventually met a resilient, powerful superhuman who can in one instant be so unbelievably cute, and in the very next moment, move you with a story that shows the invaluable wisdom of our elders.

Her name is Gil Won-Ok Halmoni (grandmother), and she became the protagonist of our film titled "The Apology".

Grandma Gil was taken from her hometown of Pyongyang, North Korea in 1937, just barely a teenager at the age of 13. During the Japanese occupation, she was lured by the offer of a job at a factory and boarded a train with a group of other girls who also wanted jobs. Instead of being taken to a factory, the girls were taken to a "comfort station", where they were repeatedly raped by Japanese soldiers.

After decades of feeling shame and hiding her experience as a "comfort woman", she broke her silence and decided to speak out after watching other survivors on TV demanding truth and reconciliation. Since that pivotal moment, her life would never be the same. Maybe without fully knowing, she sacrificed her chance of leading a normal life in exchange for an official acknowledgement and true apology from Japan that may never be realized.

Nevertheless, every single Wednesday, rain or shine, she and other Korean survivors with their supporters have demonstrated in front of the Japanese Embassy in Seoul, South Korea. Their weekly battle is centered around demanding a formal apology and reparations from the Japanese government to former military sex slaves, while also urging the Korean government and larger international community to support a proper resolution to ensure that these war-related atrocities don't happen to future generations.

This history is only a part of a larger nightmarish narrative. In disturbingly similar fashion, there are camp towns that currently surround U.S. military bases in South Korea where sex workers — recruited from Russia, the Philippines, and other countries — offer services to paying U.S. military servicemen. Such a relationship also functions as an avenue for the influx of foreign money into South Korea's economy.

This history is only a part of a larger nightmarish narrative.

Grandma Gil sees this work of reconciliation as her life's purpose, and without which, "I might as well die then, because my life has only been filled with pain and suffering. The Japanese are waiting for all of us to die, but this fight will continue, even when there are no more grandmothers left!" By speaking out and sharing her story with the younger generations, Grandma Gil's caregivers believe she's actually extending her life with purpose and meaning.

Grandma Gil sees this work of reconciliation as her life's purpose.

The demonstration continues today and holds the record as the longest  protest ever, lasting over 24 years in a row; not a single Wednesday has been missed. That's at least 1,272 and counting. Behind each Wednesday demonstration, the iconic grandmother's fist in the air is the nation-building image the Korean media spreads throughout the airwaves. But it is before the spectacle and after when the real fight is occurring.

I remember spending time with Grandma Gil the night before the 1,000th Wednesday demonstration. Casually peeling sweet potatoes (and demanding that I eat them), she reflected on the day ahead. "What is there to look forward to? This matter should have been resolved before it reached the 1,000th Wednesday. This is not a celebration — this is a sad day. But an important day nonetheless."

The weight and silence that Grandma Gil carried for over 50 years is real. Yet in the midst of Grandma Gil's struggle to be heard, the very person who has difficulty hearing her is her own family.

Grandma Gil had lost everything. As a little girl, she was uprooted from her family and sterilized in the comfort station so she could never have children.

After the war ended, she climbed onto a boat not knowing where it was headed and found herself on the wrong side of the 38th parallel — a line drawn in the sand by the U.S. and then Soviet Union, effectively separating Korea into two — on the south side where she would never see her family in the north again.

What Grandma Gil never anticipated is that she would become a hero in her late 80s. Until then, she was just living her life and surviving. Growing up and hustling and getting by, until she was forced to adopt a child. A younger girl in her village had gotten pregnant and wasn't able to care for the child; the villagers took it upon themselves to decide that it made sense for Grandma Gil to have the child instead as a positive outlet in her life.

Despite her initial resistance — she was basically a badass bar mama — she raised a son as best she could and he grew up to become a minister.

None of this was Grandma Gil's fault. She was continually failed by those closest to her, her country, and now the international community.

Yet she doesn't blame anyone, and instead goes through a daily cycle of healing through communication.

Korean dramas may be fictional, but they are also reiterations of the divisive trauma Korea has had to endure — still on repeat today — whether it's in the comfort women's struggle, or in the drawn-out war between North and South Korea, or even the overplayed splits we see in Korean churches across the diaspora.

Because of Grandma Gil and my involvement in the Korean peace movement, I learned that true healing on a large scale can only exist if it's already in abundance on a small scale.

There's this saying in the movement that with Grandma Kim (another grandmother activist), her mind is so sharp and her tongue is so piercing, she hits you in the head. But Grandma Gil hits you in the heart. Grandma Gil does not always say a lot, and she doesn't really have too many opinions one way or another. But she's really good at bringing people's guards down. She's often just there, with her warm energy, present.

On ground zero of her family life and on the international stage, Grandma Gil embodies the best example of light I know — a light that expands and is shared to find wholeness. As she lowers people's guards with her presence, she is able to pass on peace that way, and I can only hope that I and those of my generation can learn from both her and those of her generation.

Learn more about Gil Won-Ok and “The Apology” at: nfb.ca/film/apology/ 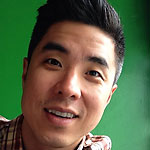 Chris Kang strives to inspire people to build peace through dialogue, and connect with those who have untold stories. A community builder (swb.ca) and entrepreneur (hygienna.com) he co-created the  lm “The Apology” and currently helps people love and transform the way they work through StandDesk (standesk.co). He’s also a proud Canadian, eh! 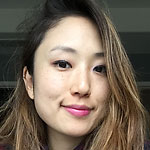