Part of 3 of in
by Debbie Chen Pichler
Illustrations by Maggie Chiang
Jul 01, 2016 | min read
Part of 45: Imago Dei
0 Snaps
0 0 Snaps
Oops! Something went wrong while submitting the form.

MY GRADUATE STUDENT AND I stare intently at the video of a chubby-cheeked 6-year-old signing a story about a spider. As he signs in American Sign Language to a Deaf adult, he also speaks softly in English at the same time.

"See," as my student pauses the video and gestures to the screen, "every time he says 'the' in English, he accompanies it with this little demonstrative point. It's like he's invented a definite article in ASL."

The bilingual child we are observing is a Coda, a term for a hearing child born of Deaf parents. My research lab follows Coda toddlers as they grow, and studies how their language skills develop and change through early childhood. The Codas in our study are native ASL users and signed fluently with their Deaf parents when they were toddlers. However, as they grow older and come into increasing contact with spoken English, their ASL changes.

Most notably, they may talk or whisper while they sign, imposing an English word order pattern on their ASL. Many also seem compelled to match each ASL sign with an English word, but this is tricky, since ASL and English have distinct vocabularies. So the Codas in our study innovate strategies for mixing their two languages, restructuring their grammars to fit together more easily. The result is a style of signing that is noticeably different from "pure" ASL, bearing distinctly English influences that are frowned upon in the Deaf community.

Codas in our study innovate strategies for mixing their two languages, restructuring their grammars to fit together more easily.

Deaf parents feel concerned and vaguely guilty about the differences they notice between their Coda children's ASL and that of Deaf children from Deaf families. We point out to them that although ASL is the native language for both groups of children, it is also a heritage language for Codas.

Heritage language speakers learn a minority home language as young children, but subsequently become dominant in the majority language. With only limited input in their home (heritage) language, their abilities in that language do not develop on par with the abilities of other native speakers. Coda children receive far less ASL exposure — and far more access to spoken English — than their Deaf counterparts, so it is reasonable that their ASL development is divergent from that of their Deaf peers.

Divergence is not failure, we argue, just success by a different route.

Divergence is not failure, we argue, just success by a different route.

As a researcher and a linguist, I marvel at the linguistic innovations of the Coda children: their ability to modify the grammatical components of two languages, one spoken and the other signed, and piece them together in a new configuration that works — all before they even know how to tie their shoes. This imaginative modification illustrates how wonderfully God designed our human capacity for language. It also convinces me that our young Codas have internalized ASL grammar at a level that I, a second-language signer, will never achieve, no matter how hard I try.

My graduate students and I point out the creative ways that ASL grammar asserts itself in even the most English-like Coda signing. We also note that heritage language users have a keen advantage over second-language learners if they later decide to relearn or actively hone their heritage language. "ASL is there in your Coda child," we assure parents. "You succeeded in passing the language down to your children after all, even if it emerged looking different than what you had expected."

Every time I have these conversations with Deaf parents, I feel as though I am also speaking to myself. I am certain that God led me into my current research field because I, too, have difficulty accepting the divergent language development of heritage language users. I raised my children in a minority language that is precious to me, Taiwanese, and I desperately wish for them to speak it the same way I do.

I, too, have difficulty accepting the divergent language development of heritage language users.

Taiwanese is the soundtrack of my childhood, the voice of my mother and father, and the cornerstone of my Taiwanese identity. It is a gift my parents gave me to ensure that no matter how much of my life is spent away from Taiwan, it will always feel like a home to me. I want my children to speak Taiwanese well enough to enjoy the same access to Taiwanese culture and family that I experienced as a child and cherish as an adult.

When I had my children, I was conscious that I had only a narrow window to establish a Taiwanese foundation before English began its inexorable conquest. Knowing that strong input is key to successful language learning, I resolved to speak only Taiwanese to them for as long as possible. This required near superhuman effort on my part, since Taiwanese is a heritage language for me, too.

Furthermore, Taiwanese is in sharp decline even in Taiwan, where it has been supplanted by Mandarin and (to some extent) English. Children no longer grow up speaking Taiwanese as they did a generation ago; my children may have no access to Taiwanese speakers their age.

Children no longer grow up speaking Taiwanese as they did a generation ago; my children may have no access to Taiwanese speakers their age.

These challenges only increased my determination to pass my heritage language on to my kids. I set out to fill them with a steady, relentless diet of Taiwanese, taking them to Taiwan every year, and enlisting my mother's help to boost their input during the long months between trips. I learned to "read" storybooks in Taiwanese, quickly scanning the English text and translating online. I sang Taiwanese songs (the two or three I know) and made up games in Taiwanese.

Very soon, to my delighted amazement, my efforts paid off. I watched in awe as both of my children began to speak Taiwanese, with the same adorable baby accent that I remember from my brother and younger cousins in Taiwan. By 3 or 4, they could chatter on for hours about anything and everything, making them minor sensations in Taiwan, where strangers stopped in the streets to listen in astonishment. Best of all, speaking Taiwanese facilitated my children's integration into our extended family in Taiwan, as I had hoped it would. My uncle and aunt beamed fondly at them, exclaiming, "Their faces may look Western, but when they open their mouths, they speak our language."

Then came the inevitable shift in language dominance. Of course I had expected it, having gone through the same transition myself, and observing it in all the Codas in our research study. Still, it was a crushing disappointment when my children began answering me in English because they could no longer find the words they needed in Taiwanese.

It was a crushing disappointment when my children began answering me in English because they could no longer find the words they needed in Taiwanese.

The linguist in me noted the vocabulary lapses that appeared first, followed by strange word order patterns that were clearly imported from English. The parent in me felt defeated and mourned the end of an era.

I also discovered a new, creeping sense of alarm: If I failed to transmit my own language on to my children, even after so much effort, what about the other precious values I want to pass on to them, like my Christian faith, my interpretation of Scripture, and my understanding of who God is?

I panicked, feeling suddenly inadequate as a parent. As is often the case during crises, my anxiety drowned out everything else. It was a while before I heard God's still, small voice pointing out a point that I had forgotten:

God created all of us in His own image. God did not create parents in His image to then rely on us to mold our children into our own image. By God's goodness, He makes it possible for His image to manifest in a myriad of different shapes, with no two exactly the same.

He makes it possible for His image to manifest in a myriad of different shapes, with no two exactly the same.

As parents, we wish that our children will grow up to cherish the things we cherish, speak the languages we speak, and profess the faith that we profess. We do our best to lay the foundations for all those things and provide attentive guidance. Ultimately, though, our children build on those foundations in their own way, influenced by their own experiences. The results may diverge quite a bit from what we built for ourselves.

But divergence is not failure, just success by a different route.

I have begun to heed the advice I give to the Deaf parents in our project: Actively increase support for the heritage language at home. Create opportunities to use it in a variety of contexts. Recognize that their ability to use the language is dynamic, fluctuating in response to many factors. Above all, affirm the child's deep connection to their heritage language, whatever their skill level may be.

When I step back and regard my children from this perspective, I see things in a different light. I notice how fondly they reminisce about Taiwan and our family there; how they love Taiwanese food; how they still ask for bedtime stories in Taiwanese, even though all they ever speak is English these days. This is how they express their Taiwanese identity at this point in their young lives.

The language I taught is still in them somewhere, and I think it might resurface once the environment is right. For now, I praise God for the wonderful mysteries of the bilingual mind and the lessons they teach about the value of divergence.

“Deaf” written with a capital D differs from “deaf” in that the former term designates individuals who identify as culturally Deaf and use ASL as their primary mode of communication. Deaf individuals vary widely in their level of hearing, their use of spoken language, and even their proficiency in ASL; what unifies them as a group is their perception of themselves as members of a Deaf community, rejecting a pathological view of deafness associated with disability that needs to be “fixed”. 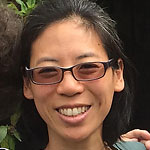