The More, the Merrier

When Tribes Come Together

After six years as pastor of Union Church, I have found that leadership means constantly disappointing people. One of the most irritating but accurate truths about leadership comes from Ronald Heifetz and Marty Linsky’s “Leadership on the Line”:

“Leadership is disappointing your own people at a rate they can absorb” — trying to find the right amount of stress that will push the community forward but not so far as to tear it apart.

Leading any congregation is challenging, let alone a diverse one. At Union Church, we have Japanese-speaking Japanese nationals (Nichigo congregation), English-speaking Japanese Americans, and a new multiethnic ministry — The Bridge, which reaches out to people in the surrounding Little Tokyo district in Downtown Los Angeles.

We traditionally think of diversity as different regions or countries, but within the Japanese community there is vast diversity.

Within Nichigo, there are Japanese nationals whose primary identity is rooted in Japanese language and culture (two of which are living members who survived the atomic bombings). Within the English congregation there are Nisei, second generation Japanese Americans, who were personally impacted by the internment camps. Some battled against the Nazis in the U.S. Army’s 442nd Regimental Combat Team and against the Japanese Empire in the Military Intelligence Service during World War II.

So just between the English and Nichigo congregations, we have vastly different cultural histories and national identities, and inevitably, challenges communicating and agreeing about church ministry. The opportunities to disappoint are plentiful!

We have vastly different cultural histories and national identities, and inevitably, challenges communicating and agreeing about church ministry.

The Bridge brings another layer of diversity. Now six years into this ministry, we have 100 new folks who are white and Black, multi-Asian and Latino, folks from Skid Row, as well as doctors and lawyers. It’s multigenerational, multiethnic, and multi-socioeconomic. It’s Presbyterian and Pentecostal. It’s truly one of the most diverse congregations you could ever imagine.

In many ways, Union Church is aptly named. Back in 1918, two Japanese Congregationalist churches merged with a Presbyterian Japanese church and formed a “union” church. With a rich 100-year-old history of faithful discipleship that survived the decimation of the internment camps, Union Church rebuilt its membership from that dark season. But as with most historic churches, membership decline brought Union Church to a place in the 2000’s where they had neither an English-speaking nor Japanese-speaking pastor.

When my wife and I were first approached about the idea of leading Union Church, we actually said, “No.” We did not think that a Chinese American pastor would be acceptable to the Japanese congregation nor did we have experience leading small or urban churches. Would they accept my mixed family (Chinese American with a white spouse and two mixed race children)? How would they feel about me not speaking Japanese?

We did not think that a Chinese American pastor would be acceptable to the Japanese congregation.

Yet my family and I recognized that we were uniquely fit to lead the congregation: an Asian American pastor who could have some connection to the Japanese congregants without being a complete outsider, and our experience with cultivating ministries that reached younger generations while serving aging members in an urban context. I felt both accepted and burdened by the enormity of the challenge.

And this is where the challenge comes in, not only for The Bridge itself, but in its attempt to find its home in a historically Japanese American church. How do we continue to honor the church’s Japanese American heritage while addressing a growing multiethnic congregation?

How do we continue to honor the church’s Japanese American heritage while addressing a growing multiethnic congregation?

I’m reminded of one memorable instance when our Latino pastor, Ruben Nuño, committed himself to The Bridge ministry and started bringing in dozens of Latinos. He wanted to share some of his culture with The Bridge and the whole of Union Church. So at our end-of-year Christmas luncheon, Ruben got one of his friends to bring hundreds of homemade tamales and serve them to the entire congregation. What a sight to see dozens of Japanese folks eating tamales with chopsticks in hand, nodding in approval and thanking the cooks — a first in the history of Union Church! It might seem like a small gesture, but it was a sensitive moment as we tried to tangibly pastor an Asian American congregation to embrace its multiethnic future.

We also tried working across cultural groups to do something together. Our Nisei English worship pastor, Dan Taguchi, and our Black Bridge worship pastor, Mike Stafford, partnered together to help put on a church-sponsored musical based on the story of Bronzeville, featuring the African American community that moved into Little Tokyo during World War II. This was an opportunity for two leaders of the two respective groups to tell a shared story of struggle, perseverance, and hope, and how that connected to modern-day issues facing not only our church but our nation at large.

This was an opportunity for two leaders of the two respective groups to tell a shared story of struggle, perseverance, and hope.

But it seems impossible to do any event at Union Church that can truly embrace every cultural view in our context. The Nichigo certainly didn’t share the same experiences as those in the internment camps because they were on opposite sides of the war. Within The Bridge, there isn’t a unanimous sentiment on how to address the racial issues that get portrayed as largely white versus Black. Nisei and Bridge attendees praised an art installation that was part of the Bronzeville event, but it was spurned by our Nichigo because one of the art pieces included an image of a torii gate that was offensive to them. (It was interpreted as anti-Christian because it was not outrightly Christian.) We spent many months dealing with the fallout from the Bronzeville event, resulting in that art piece being sequestered to the privacy of my office.

The greater challenges are more subtle than disagreeing over art pieces. Primarily we have significant communication challenges that can lead to misunderstandings about every aspect about church ministry.

We have significant communication challenges that can lead to misunderstandings about every aspect about church ministry.

The Nichigo value having group agreement and presenting a unified front when considering anything for the church. The English congregation is hesitant to speak their mind and usually wants to be asked to share their opinion. The Bridge folks openly share their opinions but can be shy to speak strongly out of consideration for the older, more longstanding members of the two Japanese congregations. This often results in meetings where we think all three groups have agreed on something, but in actuality, there wasn’t a full sharing of everyone’s thoughts, opinions, and commitments to act in agreement. We are slowly acknowledging common bottom-line guidelines, including reminders that votes matter and are not simply opinions that you can backtrack on.

In trying to understand how to best lead this unique congregation, I’ve tried to compare it to other church contexts in order to get my bearings. It is not unusual for a Korean church to have tensions between their English-language and Korean-language worship services (the same can be said for Latino and Chinese congregations that I have observed). I saw as much resistance in large, white contexts as I did at Union, so it isn’t just a Union “problem”. It’s an evangelical, Westernized Christianity, postmodern issue as well, one with which all churches are wrestling.

But having this third entity — The Bridge — really is unique among churches. The Bridge is trying to locate itself within the historic Union Church ministry, knowing that it is both an encouragement to the historic Union Church leaders as well as a threat at times. We’ve tried to develop relational capital through “Dinners for Ten”, where representatives from each group come together around a meal to share stories and their faith journeys. But the growth is a very slow alignment to our vision to celebrate our Japanese and Japanese American heritage and our multiethnic future.

I am still finding a right balance to challenge our community forward and am embracing that disappointing people is a regular part of pastoring. I find this to be a difficult path, in particular as an Asian American pastor who doesn’t want to confront others or disrespect long-time church leaders, and is a natural people pleaser (according to the many assessments I’ve taken).

I am still finding a right balance to challenge our community forward and am embracing that disappointing people is a regular part of pastoring.

But there is beauty that rises from the ashes, “the garment of praise instead of a faint spirit; that they may be called oaks of righteousness ... that he may be glorified” (Isaiah 61:3 ESV). There are many stories of mourning and struggle in the history of Union Church: internment camps, atomic bombs, discrimination of many forms, the gentrification of the Little Tokyo community, and the current struggles with its multiethnic future. But to miss the beautiful stories that have arisen out of these painful experiences would be to fail to properly acknowledge the faithfulness of the Union Church leadership and the God they worship.

Though I would never want other leaders to have to unnecessarily experience pain in leading, I cannot overlook the importance of recognizing God’s activity specifically around the painful parts of ministry. For it was the decline of the English-speaking ministry that precipitated their decision to invite a multiethnic ministry to grow out of their own church.

And it is now these new leaders who are joining the older members in celebrating and remembering the church’s roots and shaping its future. When I disappoint people now, it is a good reminder that I am heading in the right direction. 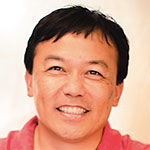 Reverend Tim Yee is pastor of Union Church of Los Angeles, a 99-year-old church in downtown L.A.’s Little Tokyo District where he serves a diverse church of professionals, internment camp survivors, artists, and people who are homeless. He serves on the board of Union Rescue Mission, helps start urban farms, and coaches others in missional leadership.