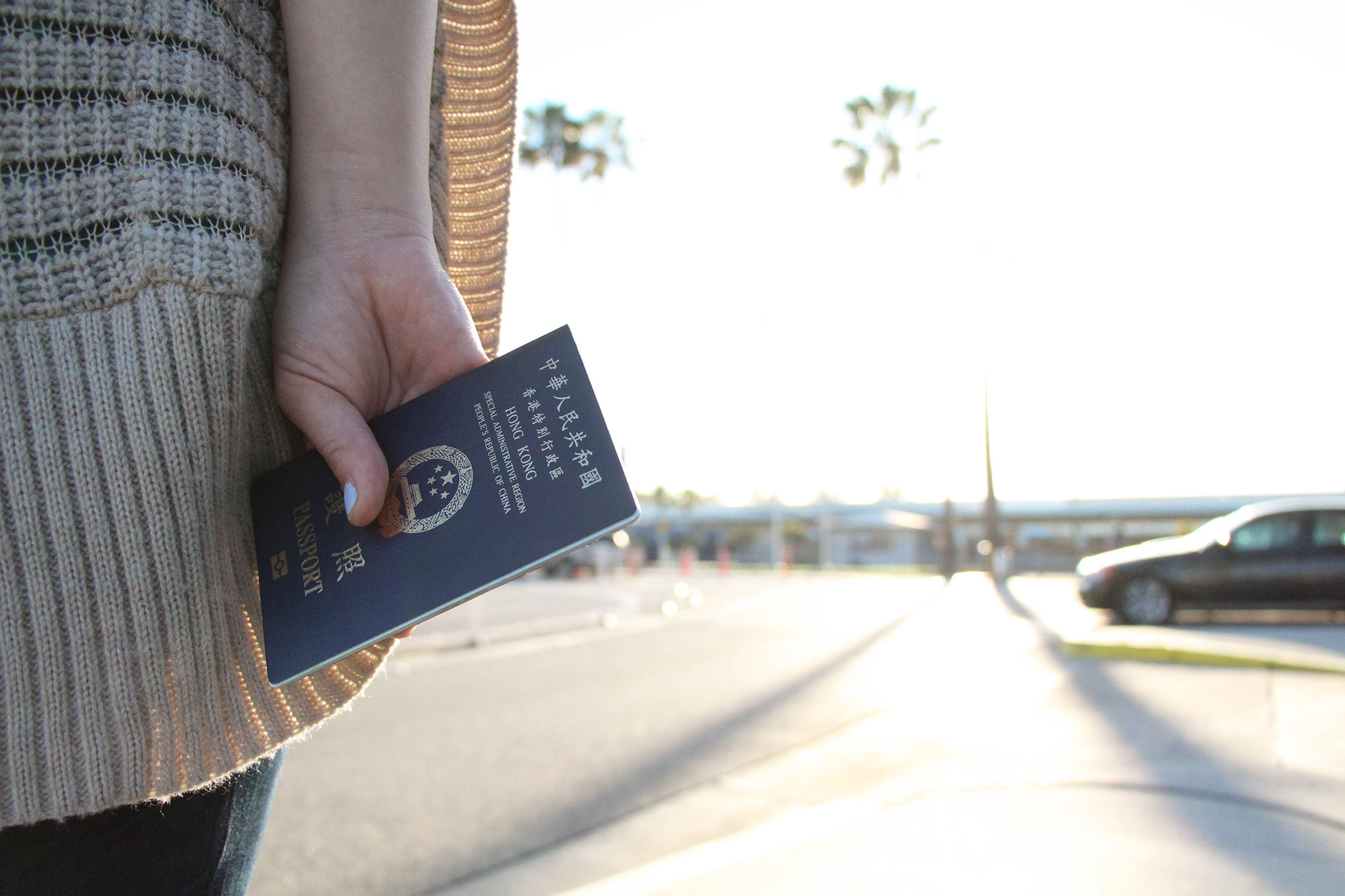 Lu Lin*, a United States green card holder, travels twice a year back to China for business. When informed that President Trump's administration has proposed a policy to check Chinese entering the U.S. for their social media, he thought that it aims to keep out terrorists.

He then complained about the check being required only of Chinese, "I don't think think they should pick out Chinese, because all the massive shootings from the past years were mostly conducted by White American citizens."

"I don't think think they should pick out Chinese, because all the massive shootings from the past years were mostly conducted by White American citizens."

On the other hand, Bo Tien*, a Chinese visiting scholar at the Lawrence Berkeley National Laboratory, thought this proposal intends to prevent espionage. However, he also thought the plan was ludicrous. Bo observed, "This policy won’t be effective. If you're a real spy, you can use many methods to enter the United States."

Both these Chinese Christians agreed that the policy proposal would be ineffective — whatever its intent — but that it would have a clear impact. Bo explained, "I know that Christians are part of the political right of the U.S. For common Chinese people, they won't like the policy of Trump and the people who support Trump. In general, Chinese won't have a very positive feeling towards Christianity."

President Trump's policies, as evidenced by his executive orders, discriminate against particular groups whom he views as dangerous "others". Some of these policies have clear, disproportionate impacts on specific populations. For instance, the travel ban against those coming from seven nations aims to deter "radical Islamic terrorists" from entering the United States.

President Trump's policies discriminate against particular groups whom he views as dangerous "others".

Such a policy, that singles out Muslim nations where Trump does not have business ties, baldly reveals his administration's aims. Indeed, the US Court has now twice denied the travel ban on grounds of religious discrimination. Judge Theodore Chuang ruled, "The history of public statements continues to provide a convincing case that the purpose of the Second Executive Order remains the realization of the long-envisioned Muslim ban."

On the other hand, some of these racialized policies seem to be formulated primarily for their symbolic effects rather than their actual efficacy. The proposed wall along the Mexican border, estimated to cost over $20 billion, would do little to deter families from entering the United States illegally. There are fewer unauthorized immigrants who cross the border than those who come through tourist visas and stay in the country longer than allowed.

The stronger effect of the wall is what it signals — that the United States does not welcome unauthorized Mexicans here.

The travel check on Chinese entering the U.S. fits into this second category of Trump's policies, those that are ineffectual in producing their intended aims but still have powerful impact in their symbolic message.

Nevertheless, the travel check on the Chinese sends a clear message: the Chinese are perceived as a threat and therefore must be surveilled.

The Chinese are perceived as a threat and therefore must be surveilled.

The inconvenience of this travel check in terms of time and invasion of privacy may be slight. The fact that one nationality is singled out, though, raises severe questions about the ethics and legality of the policy.

Trump's policy continues the United States' historical treatment of the Chinese as a "Yellow Peril" that must be kept out. During the 19th century, widespread hostility against Chinese workers along the West Coast led to the forced removal of over three hundred Chinese settlements.

Trump's policy continues the United States' historical treatment of the Chinese as a "Yellow Peril" that must be kept out.

Anti-Chinese sentiment culminated in the 1882 Chinese Exclusion Act, the first legislation on immigration that singled out and banned a specific nationality from entering the United States. The U.S. Congress extended this legislation with the 1892 Geary Act, which also required the Chinese to carry “certificates of identity”. Implementing this policy of racial profiling was both impractical and infeasible.

The Geary Act understandably riled the Chinese. Incensed by the racist policy, Chinese in the United States engaged in what is considered one of the largest acts of mass civil disobedience. Over 100,000 Chinese refused to register or carry cards.

One of the consequences of these policies is that Chinese renounced Christianity as a Western, imperialist religion.

Roughly a century later, the cycle of anti-Asian violence reappeared when the U.S. faced a recession and stiffened competition from Japanese auto-makers. In 1982, two white, laid-off auto workers who complained about Japanese imports brutally beat Vincent Chin to death, even though he was Chinese American.

The Danger of Racial Profiling

Because his white assailants lumped Asians together, Vincent Chin met an untimely death. Likewise, Chinese Americans with valid U.S. passports may also be subject to travel checks simply because security agents won't be able to distinguish between nationals of the People's Republic of China and Chinese Americans.

Chinese Americans with valid U.S. passports may also be subject to travel checks simply because security agents won't be able to distinguish between nationals of the People's Republic of China and Chinese Americans.

Indeed, any East Asian traveling between China and the United States may be hassled at airport security due to racial profiling. Already, South Asians report prevalent cases of profiling abuses since 9/11 and even more recently, since Trump’s election.

OUR CHRISTIAN WITNESS THROUGH LOVE AND UNITY

In John 17, Jesus stated the world will know of Jesus' love through the unity of the Church. Four out of five white Evangelicals voted for Trump and presumably, for his policies. How do these acts of racial profiling — against Muslims, Latinos, and Asians — demonstrate that love?

Just as historic cases of racism and colonization have hurt Christian witness**, Bo described how this new anti-Chinese policy would not further "a very positive feeling towards Christianity."

Our Christian witness needs to be given higher priority than impractical policies formulated in the name of national security.

* Names have been changed to protect the anonymity of these interviewees.

RUSSELL JEUNG is the author of “At Home in Exile: Finding Jesus Among My Ancestors and Refugee Neighbors” (Zondervan 2016), in which he recounts his family’s six generations in California, how they reflect the racialized history of Asians in the U.S., and how he has come to terms with his own Asian American Christian identity.

ALISA WONG serves as a copy editor for INHERITANCE and hopes to display God's grace and truth.