From Closed Fists to Open Hands

Part of 9 of in
by Jenny Wong with John Riley
PHOTOGRAPHY BY AARON HUANG
Jan 01, 2017 | min read
Part of 51: Smash
0 Snaps
0 0 Snaps
Oops! Something went wrong while submitting the form.

Old patterns are hard to break. Before you know it, instead of controlling your anger or temper, it controls you.

I USED TO BEAT UP people for other people. I'm not exactly built like a fighter, but people knew I would fight for any reason. A friend would ask me to beat someone up for revenge, or because someone was a cheater, or because someone told a lie that got someone else in trouble. All anyone had to do was ask me and I agreed.

The next thing I know, I'm slamming a girl's head into a concrete pillar, my fists flying in a blind rage on someone I don't even know. It was in times like these, I could recognize how I was truly my father's daughter.

I remember moments after my parents' divorce and living with my grandparents; my father would get so easily frustrated with me and my brother. I would mispronounce a word or do something bad, and physical punishment would be dealt with no explanation of the correction. We were expected to somehow know right from wrong, without any real guidance, so I never learned why something I did was wrong. Some days were worse than others, but this was a daily occurrence. My dad's tough love was the only kind of love I knew, not holding anything back behind the weight of his hand or his words.

My dad's tough love was the only kind of love I knew.

Dad would say something like, "Oh, you two are making me so upset that I'm going to get cancer and die." His purpose for saying things like this was to intentionally tear you up on the inside by saying the harshest things possible, to extract the most guilt possible. It's a wonder now that I never thought that there was anything wrong with that — it was just part of normal life. He would keep repeating this line on a daily basis and I grew numb to the words, eventually dismissing him.

This same pattern played out in my romantic relationships later on, where I would say the harshest things imaginable when I would feel upset. My dad used to punch walls, so I would throw my cellphones, and then need to constantly replace them. I recognized my own tendencies for giving extreme responses only three years ago, yet it's something familiar that I've done my whole life — it's what I learned from my dad.

The strange thing is, any anger I felt on my own behalf, I kept it in. I never sucker punched anyone or started a fight for myself. It's not like I could ever express the real source of my anger to my dad anyway. But because I had so much anger built up inside myself, when others would give me a reason to let it all out, violence felt necessary. Those fights were an excuse to release all that pent-up anger and frustration that I didn't know how to process. In the moment of blind rage, there were no regrets, especially since I was exacting revenge on behalf of others. There was freedom in allowing my emotions to take control of me and not be responsible for my actions. My friends are everything to me and I'm fiercely loyal to them. In a way, it felt good to do that for them since I couldn't do it for myself.

Those fights were an excuse to release all that pent-up anger and frustration that I didn't know how to process.

Still, anger controlled me more than I could control it. During my adolescent and high school years, the swell of emotions would be instant — like a detonator, the second I got mad, it was expressed externally before I could even acknowledge it internally. Anger got the better of me as I never crossed the stage for eighth grade, dropped out of high school halfway through sophomore year, and then dropped out of independent high school not long after. I took the GED test so I could go to culinary school and earn a culinary arts certificate. During those years, the shame I felt became another excuse to unleash violence so freely.

In the midst of this, my spiritual life was spotty at best. My family made no effort to raise me to be a strong Buddhist, aand I found Jesus when I was about 13, at the church where I also found a new group of friends who weren't godly at all — they did all sorts of drugs, ranging from cigarettes to crack. Ironically, this church was the type that taught me to fear God, and was focused on following rules and not sinning. Despite all this, I did whatever I wanted — ditching school, drinking, and beating people up. It didn't matter anyway since I eventually stopped going to church.

Ironically, this church was the type that taught me to fear God, and was focused on following rules and not sinning.

Everyone is on his or her own journey. Everyone has their own struggles and learns different things at different stages in life.  Older church ladies tended to judge me and my friends for struggling with different issues and not having the same wisdom they did, which reminded me of my dad. It's not a young person's fault that they have less wisdom and less life experience, and therefore don't make the "right" life choices 100 percent of the time. That's probably why it took me a while to really understand that God loved me.

Violence started to make less sense and I just couldn't do it anymore. I could spend my energy being mad at others, or I could focus on the tasks at hand and the opportunities ahead of me. The years I've spent working in commercial kitchens definitely helped. There, I dealt with personalities and egos, plus the fast-paced and high-stress environment that slowly brought change in me. I was able to gradually learn how to temper my temper, and become less offended when tensions were high and people were being jerks to me and each other.

I could spend my energy being mad at others, or I could focus on the tasks at hand and the opportunities ahead of me.

And yet I am more easily frustrated whenever I come home to Los Angeles — a bit more defensive and insecure. Maybe it's related to visiting my grandparents and their traditional methods of Asian upbringing and lifestyle — it feels socially disabling and dismissive of strong emotions in general. My grandparents hoard stuff and are set in their lifestyle patterns, so I saw a very limited range of emotional expression growing up within those patterns.

I'm now at a point of accepting that they live differently than me, and that there are cultural differences that are too deeply rooted to try to reconcile. Now, I can move on from that and not let it bother me as much. You might say they helped me learn how to pick and choose my battles, because let's face it, they've been living this way for decades. Is judging them or being offended with the way they live going to help any of us?

Anger is a part of my life whether I like it or not, and I can't stop myself from feeling it. The difference now is I know there's more than one way to process it. I don't get to the place of violence anymore because I have found other options. I ask myself in situations when I get upset where the anger is stemming from. From the situation, I can ask someone else to change or I can change, but I know that I have to take responsibility over my actions and attitudes. While I still feel some shame from not finishing high school, I have very few regrets and love that food and beverage are part of what I do for a living.

Anger is a part of my life whether I like it or not, and I can't stop myself from feeling it.

It's been about two years since I've been consistently attending a church, but I still pray. My prayers used to be focused solely on simple gratitude and asking God to help me sin less. Now, my prayers sound more like, "God, what do You have to teach me today? How can I better reflect Your character? How can I improve as a person? Show me my weaknesses."

I'm aware I'm not perfect and I'm OK with that. That's part of being human. I allow myself to feel the anger, and then process what should happen next — choosing to respond rather than react.

I think God nudges me every now and then, because I can still name things to be thankful for, even the little things. Sometimes I see the person I can be when I pray — the person who doesn't look for violence first in my anger but solutions instead. But even more than that, prayer is a way for me to get out of my own head. God usually has better answers than I do, and I hope He'll keep nudging me along a better way. 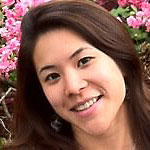