Part of 4 of in
by Timothy Tseng
Illustrations by GRACE DING
Jul 01, 2014 | min read
Part of 26: The Children of God
10 Snaps
10 0 Snaps
Oops! Something went wrong while submitting the form.

Rebuilding God’s calling for your life, even in the midst of injustice.

NEARLY 10 YEARS AGO, I was denied tenure. Despite receiving the highest recommendation by the tenure review committee, my application was rejected by our seminary president. This president then sabotaged my efforts to apply to other positions. After a year of what one of my colleagues observed to be an abusive experience, I was forced to resign my positions as the associate professor of American Religious History and director of an Asian American center in a well-respected academic community. My promising career in the world of academia was destroyed. I felt that God had abandoned me.

I was not the first Asian American theological educator to be the victim of institutional power play and conflict. I know I won’t be the last to smack into the “bamboo ceiling”. On this side of eternity, Christians are just as vulnerable to the exaltation of ego, the lust for power, and the quest for wealth as anyone else. Many gifted and dynamic Christian leaders have fallen, unable to resist the allure of money, sex, and power. Unfortunately, Christian organizations can just as easily become the “Game of Thrones” rather than the Kingdom of Heaven.

Christians are just as vulnerable to the exaltation of ego, the lust for power, and the quest for wealth as anyone else.

So what can we do if we are victims of power and conflict? I admit that I share some responsibility for the demise of my academic career. Were I not so presumptuous and stubborn about my importance, I may not have been targeted and purged. But the truth is that power and conflict will be found in any human community, regardless of whether it is a medieval fief or a modern democracy. Race, ethnicity, gender, language, and culture will shape the particular ethos of an organization, but power and conflict are unavoidable. And no matter how savvy we might be, there are times when we simply cannot prevent injustice and abuse.

So how can we as Christians respond to the persistence of sin in our lives and in our institutions? Some prefer to “duck and cover” and avoid anything controversial or can lead to conflict. “Live at peace at all costs!” But this approach can lead to the sin of omission. We cannot ignore injustice and suffering. God certainly didn’t.

Others concede that because the world is messy, Christians must “play the game” to achieve success. They reason that after gaining power and influence, one can make a positive difference. Unfortunately, when Christians use this approach, one is hard-pressed to see what difference faith makes in the middle of conflict, power struggle, and unjust practices.

I learned a couple of hard lessons that I think can help Asian American Christians, in particular. The first was having my idol of meritocracy and careerism laid bare. Prior to the incident, I believed that my performance and track record would convince enough people that I deserved to be tenured. My Asian American upbringing instilled a deep faith in meritocracy — the belief that good performance, when measured objectively, should be rewarded accordingly. Subjective evaluation makes Asian Americans (and other people of color) vulnerable to bias. According to sociologists Jennifer Lee and Min Zhou, this is why many Chinese American parents “shepherd their children into conservative, high-status professions in which they may be most shielded from potential discrimination by employers, customers, and clients”.

Also, as a Christian, I was taught that we are recognized by our fruit (e.g. Matthew 7:20).

I knew that my “works” did not earn salvation, but I always thought that any good that I did was a testimony of God’s grace and confirmation of His calling. Others would recognize this and reward me.

I always thought that any good that I did was a testimony of God’s grace and confirmation of His calling.

I knew that meritocracy did not always work in real life, but I never imagined that it would be so blatantly ignored in a “Christian” organization. While the tenure review committee and most of my colleagues affirmed the quality of my work and contribution to the seminary, the President did not.

I know of several colleagues who also were unfairly denied tenure. A few filed lawsuits. Some received an outpouring of tremendous public support. Rarely have these decisions been reversed. Yet, I have always supported these colleagues out of a desire to see justice and meritocracy realized.

I now realize that I had put more faith in meritocracy than in God’s larger purpose for me. I had unwittingly transformed my calling into a career. As such, life was about climbing a ladder, getting a bigger platform, and being rewarded well. So when meritocracy failed, it seemed that God had abandoned me, too. But I eventually realized that obsessing about not getting what I deserved caused me to lose sight of Jesus and his kingdom.

I had put more faith in meritocracy than in God’s larger purpose for me.

This doesn’t mean that Christians should not try to work for justice and fairness. But we need to recognize that God’s justice is not always about getting what we deserve. God’s justice often results in the rich giving up their well-deserved wealth for the sake of the undeserving poor. God’s justice, when anchored in the biblical concepts of “shalom” and “the Kingdom of God”, always seeks the good of a whole community and of all creation!

God’s justice is not always about getting what we deserve.

I also learned to reconnect and recommit to my original calling. But it wasn’t easy. I struggled with depression, bitterness, and Facebook envy. Whenever my peers or students shared news of their promotion or advancement on Facebook, I was reminded of what I lost. To help me stay in the game, caring colleagues offered adjunct positions and gave me glowing recommendations for open teaching positions. But I could not muster enough enthusiasm to teach or conduct research well. My energy level was so low that the classes and conference talks I gave were dreadfully painful for my audience (and me, too)!

Nevertheless, God guided me through this dark period by surrounding me with loving family, friends, and colleagues. I am certain that my wife and teenage boys were negatively impacted while I grieved, but I’ll always be grateful for their love and support. Those who helped me create the Institute for the Study of Asian American Christianity (ISAAC) constantly reminded me that my calling was to give voice to Asian American Christians through research and scholarship. After all, the lack of Asian American Christian voice and presence in theological, historical, and religious studies was what motivated me to go into academia in the first place!

When Christians engage power and encounter injustice, their faith will often be tested in very personal ways. During my struggles, I had to lay bare and reject my idols of meritocracy and careerism as much as Daniel and his friends did. Like Nehemiah, I had to repair and rebuild what was torn down with the help of a caring community. Like Joseph, I had to learn how to trust God and stay true to my calling.

I had to learn how to trust God and stay true to my calling.

Now, as the pastor of English ministries at Canaan Taiwanese Christian Church (San Jose, CA), God appears to be integrating my academic and local church ministry calling. Canaan’s supportive leadership, caring members, and impressive facilities have the potential to launch new initiatives in theological education and ministry in the San Francisco Bay Area. So I am eager to see what God has prepared for me in the days ahead! 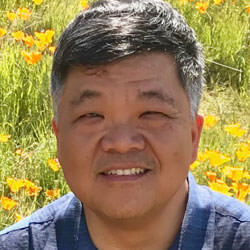 Dr. Tim Tseng is all about helping Jesus followers flourish wherever faith and life meet. He is currently the Pacific Area Director for InterVarsity Christian Fellowship’s Graduate and Faculty Ministries (GFM). His ministries have included being a seminary professor, scholar, founder of a nonprofit organization, and pastor. Tim’s heart aches for a generation of Asian American students and leaders who will awaken the world to God’s coming kingdom.